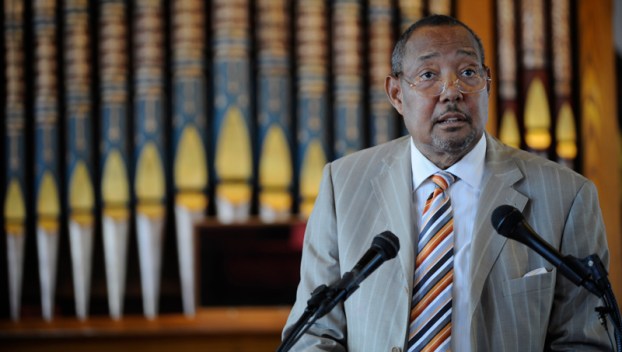 Pastor, political leader and advocate for the poor — these are but a few of the descriptors that could apply to the late Rev. David L. Moore. The longtime pastor of Metropolitan AME Zion Church in Washington died Wednesday at Vidant Medical Center in Greenville, leaving behind a tremendous legacy in Washington and Beaufort County as a whole.

This lawsuit, Moore v. Beaufort County, led to a number of notable changes in the county’s political landscape. In 1989, the Beaufort County Board of Commissioners adopted a plan to address the complaint. The board expanded from five to seven members, who would be elected using limited voting — that is, each voter would only cast one vote in the race for county commissioner each year instead of three.

In 1998, Moore found a place on that same board, before retiring from politics in the early 2000s to focus on his nonprofits.

“We argued with each other, but when all was said and done, we got along after the meetings,” Beaufort County Commissioner Hood Richardson said. “He was dedicated to his beliefs, and he would defend them the best he could without getting nasty. … David was always willing to debate and talk about the issues.”

ADVOCATE FOR THE POOR

In his work as pastor at Metropolitan AME Zion, Moore was known far and wide as a strong advocate for people living in poverty. From quality, affordable housing to affordable health and dental care to meals and a place to sleep for the homeless, the organizations Moore helped build here in Washington have impacted thousands of lives.

One need only take a look at Washington’s MLK Drive to see the impact. On the campus of his church, Agape Health Services provides affordable medical and dental services to those in need. In the basement of Metropolitan AME Zion, Zion Shelter and Kitchen provides meals and shelter for homeless men in the community. The Metropolitan Community Credit Union, likewise, was one of Moore’s projects.

“He did work with the people of the neighborhood to get low-income people out of rental properties and into houses they could buy,” Pastor Aaron Lewis said. “Personally, I’ve had the opportunity to share the pulpit with him.”

As a champion of affordable housing, Moore served as president of the Metropolitan Housing and CDC Inc. in Washington. In that work, he was instrumental in developing single-family homes for first time homebuyers, as well as specialty housing to serve seniors, those living with HIV/AIDS, people with mental illnesses and domestic violence survivors. According to a 2004 article published by N.C. State University, Moore was responsible for helping create more than 500 affordable housing units in eastern North Carolina.

It started simply enough: a fundraiser for the fire and EMS station, and a goal to sell 400 plates of... read more