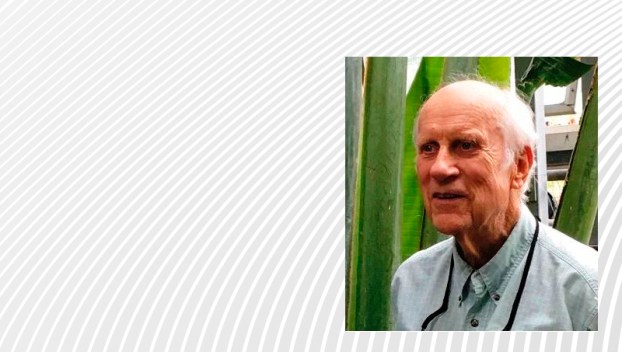 George K. Fields, 85, of Homestead Village in Lancaster, Pennsylvania, and formerly of Washington, passed away on Saturday, March 2, 2019, after a brief illness.

Born in New York City, New York, he was the loving husband of Jane Wennemer Fields for 57 years. He was the son of the late Mary Georg O’Byrne Fields and Guilford Leon Fields.

George graduated from Georgetown University in 1956, where he received his B.A. in Political Science, and proudly served his country with the U.S. Army. He was stationed in Germany in the late 1950s as an officer in the Counterintelligence Corps, where among other duties he escorted defecting spies.

After his discharge, he worked for Pan American World Airways for over 30 years. He was the Director of Cargo Sales and Marketing. With Pan Am, he traveled extensively, visiting every continent but Antarctica. He and his family enjoyed exploring the world and other cultures.

Following his retirement from Pan Am, George and Jane enjoyed being innkeepers at their bed and breakfast, Pamlico House, in Washington, for eight years before retiring for a second time in 2005.

After moving to Lancaster, Pennsylvania, in 2015, George became a member of St. Leo The Great Catholic Church. He joined and became an active member of the History Roundtable of Homestead.

Throughout his life, George enjoyed travel, history, culture and photography. In addition, he was an active member of Rotary over many years, most recently in Lancaster, and was a Paul Harris Fellow.

Relatives and friends are invited to attend George’s Memorial Mass at St. Leo The Great Catholic Church, 2427 Marietta Ave., Lancaster, PA on March 23, 2019, at 11 a.m., with Rev. Peter Hahn Celebrant. The family will receive friends at the Church from 10 a.m. until time of Mass. The interment will be private at the Catholic Cemetery of Savannah, Georgia.