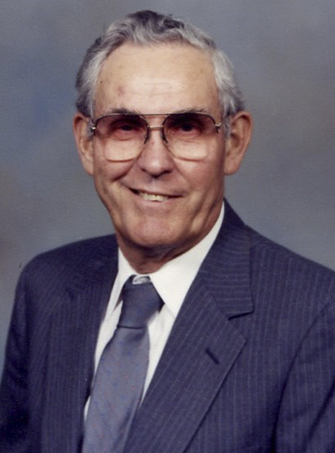 A funeral service will be conducted Friday, March 15, 2019, at 2 p.m. at First Free Will Baptist Church, officiated by Revs. Keith Gardner and Eddie Gurganus. Burial will follow in Pinewood Memorial Park.

Mr. Gurganus, born Aug. 18, 1923, was a native of Beaufort County and the son of the late David and Carrie Dixon Gurganus. He lived his early life in the Belvoir community of Pitt County. He was a veteran of World War II, having served in the United States Army in France, Germany and Austria. After his military service, he was employed with Blount and Harvey Tractor Company and Ayden Tractor Company as service manager for 28 years. After his retirement in 1982, he drove the Outer Banks route for Pony Express for 13 years.

In addition to his parents, he was preceded in death by his wife, Irene Gilbert Gurganus; and his five brothers and four sisters. He is survived by his daughter, Betty Irene Gurganus and husband James Smith, of Iva, South Carolina; grandchildren, Crayton Dixon Smith, Rusty Smith and wife Allison, and Andy Smith and wife Tracy; and four great-grandchildren.

The family will receive friends Thursday evening from 6 p.m. until 8 p.m. at Wilkerson Funeral Home.

Memorial contributions may be made to First Free Will Baptist Church, 2426 S. Charles Blvd., Greenville, NC 27858 or any veteran’s association of your choice.