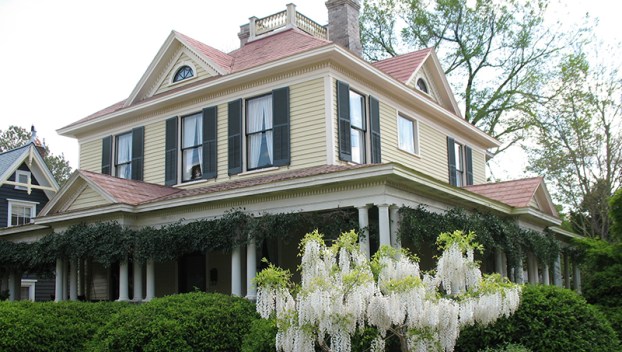 GRACIOUS LADY: Alan Mobley was singled out for the Stewardship Award, for the work he’s done over several decades to restore his and Jeffery Phipps’ East Second Street home. (Vail Stewart Rumley/Daily News)

A drive around Washington’s historic district reveals a different kind of history in the making: the ongoing results of exactly 100 major works brought before the Historic Preservation Commission in 2018.

The district is seeing a renaissance in sales and restoration, and the City of Washington wants to acknowledge the time, effort and, sometimes, patience of the homeowners who’ve committed themselves to historic properties with the annual Terrell Awards. 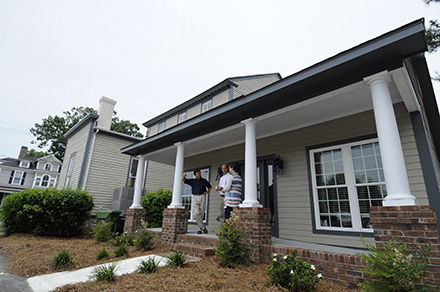 INSURING HISTORY: Morris Insurance Agency won a past Terrell Award for its addition to a building that started its life as a private residence, then later served as a hospital and a church before becoming an insurance agency. Pictured, Morris owners Dick Barber and Joe Taylor chat with City of Washington community development planner Emily Rebert. (Vail Stewart Rumley/Daily News)

“Every year, we always get great nominations, and every year, we’ve seen some wonderful rehabs,” Rebert said.

Named for one of Washington’s founding historic preservationists, Rena K. Terrell, in 2015, Rebert and local realtor and historic preservation supporter Scott Campbell revived the annual awards for property owners who make the extra effort to preserve history. Rebert said with the amount of work being done, it’s getting harder each year to choose the winners. The 100 major works that went before the commission in 2018 do not include the many, many minor works that were done, nor do they include work done by property owners so dedicated to being historically accurate, they didn’t have to go through the commission at all.

“I would say, yeah, each year it keeps getting a little bit harder,” Rebert said. “We are in this upswing of people really working on their properties, and people making great strides for the district.”

The awards are the outgrowth of a Local Government Commission requirement of the city to “give back” to those in the community upholding historic standards. The four categories make sure all the property types are covered: rehabilitation of a commercial property; rehabilitation of a residential property; good stewardship, awarded to those who’ve worked over time on the continued upkeep of a historic property; and the good neighbor award, for those who’ve either done work that not benefits their own property, but neighbors’ as well, or someone who’s been a great advocate for the historic district. Nominations can come from anyone. 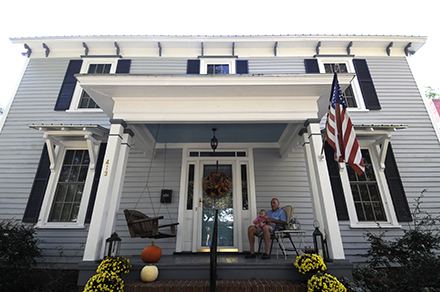 “I really wish people would submit more, especially with the stewardship. I’ve been here for four years, but people who have been here for a long time — they can see who’s really taking care of their properties,” Rebert said.

Nominations are due by 5 p.m. April 5 and can be submitted by calling or emailing Rebert.

“We’re really excited to see what people nominate,” she said. 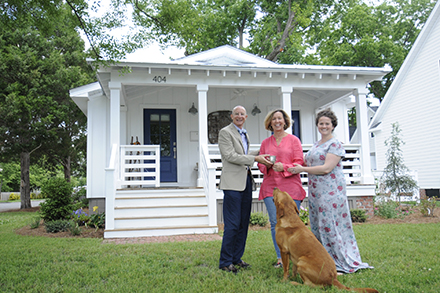 Deed transfers will be denied if back taxes owed on property

Property owners who owe back county taxes won’t be able to transfer the deed to that property to another owner... read more