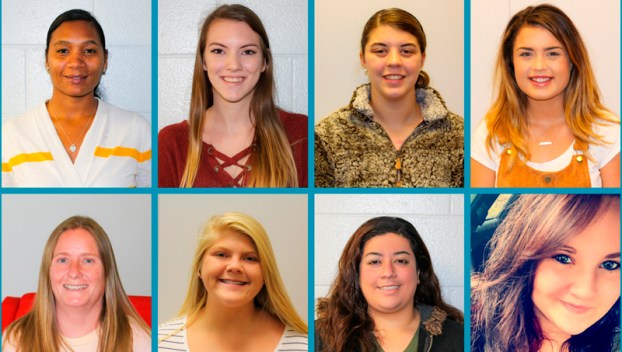 The Beaufort County Community College Foundation is proud to announce the following scholarship recipients for the spring 2019 semester. The BCCC Foundation has awarded over $150,000 in scholarships during the 2018-2019 academic year.

Marcela Arthur, 31, received the Dr. Nancy Alford Scholarship. Arthurs is part of the human services technology program. The Farmville resident attended Farmville Central High School and plans to transfer to East Carolina University for counseling or social work. The daughter of Rocio Cardona and William Orozco of Farmville, she currently works at Cracker Barrel as a server.

McKenzie Drew, 18, received the Vidant Beaufort Health Scholarship. Drew is part of the Regionally Increasing Baccalaureate Nurses (RIBN) program. The Williamston resident attended Riverside High School and plans to work in an operating room at Vidant Medical Center. The daughter of Mike and Beverly Drew of Williamston, she currently works at Memorial Baptist Preschool as an assistant teacher.

Regan Jones, 21, received the Doris Eakes and the Irwin & Frances Hulbert Scholarships. Jones is part of the nursing program. The Jamesville resident attended Riverside High School, and she is the daughter of Troy and Missy Smith of Jamesville, and a mother of one. She plans to earn a bachelor’s degree from East Carolina University and currently works at Deadwood as a server.

Lisa Robinett, 39, received the Stephanie Zablocki Jones Memorial Scholarship. The New Bern resident is part of the medical laboratory technology program and plans to get a Bachelor of Science in Clinical Laboratory Science from Winston-Salem State University. The daughter of Karen Smith of Louisa, Ky. and wife of Tom Robinett and a mother of two, she attended Lawrence County High School and holds an Associate in General Education.

Raina Roach, 28, received the Vidant Beaufort Health Scholarship. Roach is part of the early childhood education program. The Winterville resident attended D.H. Conley, holds an Associate in Applied Science in Medical Office Administration and plans to become a teacher. The daughter of Elanie Lambe of Greenville and a mother of one, she currently works at Pitt County Schools as a teacher’s assistant.

Katlynn Stotesberry, 18, received the Vidant Beaufort Health Scholarship. Stotesberry is part of the nursing program. The Plymouth resident attended Lawrence Academy and plans to obtain a Bachelor of Science in Nursing. The daughter of Rex and Sandy Stotesberry of Plymouth, she currently works at Feyer Ford and Lincoln in Williamston.

Amanda Wallace, 25, received the Bunyan Ruritan and the Washington Noon Rotary Scholarships. Wallace is a criminal justice technology student. The daughter of Kimberly Spain of Washington and David Wallace of Washington, she attended Northside High School and holds an Associate in Applied Science in Medical Office Administration. The Washington resident plans to earn a bachelor’s degree in forensics and currently works at Lenoir County Emergency Services as a telecommunicator.

For more information, contact Jen Seay at jennifer.seay@beaufortccc.edu or 252-940-6218.

County opts out of certifying IDs for voting

The county will not get into the business of certifying its employee IDs to be used as an accepted form... read more