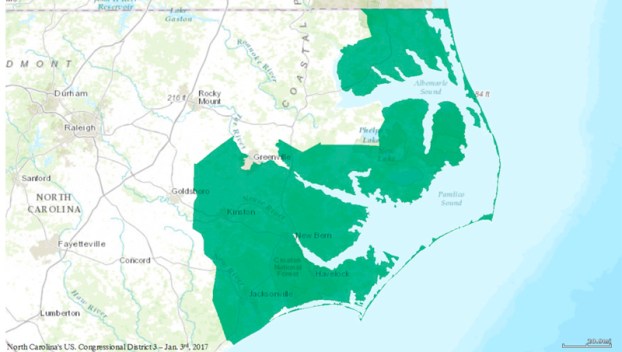 VOTING UNDERWAY: Absentee ballots for the 3rd Congressional District primary election are now available at the Beaufort County Board of Elections. One-stop early voting will start on April 10.

A week after filing ended in the special 3rd Congressional District election, absentee ballots are now available at the Beaufort County Board of Elections, with the schedule for the first primary election now solidified.

“We’re ready for voters,” Board of Elections Director Kelly Hopkins said. “We’re receiving the ballots today (Friday), so any requests we receive, the voters should receive ballots within a few days.”

With 26 candidates running in the race, Republican, Democratic and Libertarian candidates will all face their first primary election in April. All told there are 17 Republicans, six Democrats, two Libertarians and one Constitution candidate who have thrown their hats in the ring.

Based on party affiliation, voters will have to narrow down their choices to one at the ballot box, and unaffiliated voters can choose to participate in any of the primaries.

The request form must be delivered by 5 p.m. April 23.

The dates for one-stop voting in the election are set for April 10 to April 26. Voters can register and vote on the same day at the Beaufort County Board of Elections from 8 to 5 p.m., with the exception of Good Friday, April 19.

To vote on Election Day, which falls on April 30 for this primary, the deadline for voter registration is April 5. For those who do not register by that date, one-stop voting allows citizens to register and vote on the same day.

While the North Carolina General Assembly overrode a veto from Governor Roy Cooper in December to enshrine voter ID into the N.C. Constitution, the law currently faces a Constitutional challenge in court.

Legislation advanced by the N.C. General Assembly this week will forestall the Voter ID legislation from being implemented until 2020, according to a report from the Associated Press.

Originally, the AP reports that the November municipal elections would have been the effective start date for voter ID. With the passing of Walter Jones Jr., and the subsequent special election to fill his seat in Congress, many rules concerning voter ID have not yet been finalized.

“With the new election coming up, the bill went through to push that to 2020 to make sure that boards of elections are ready to implement that law,” Hopkins said.