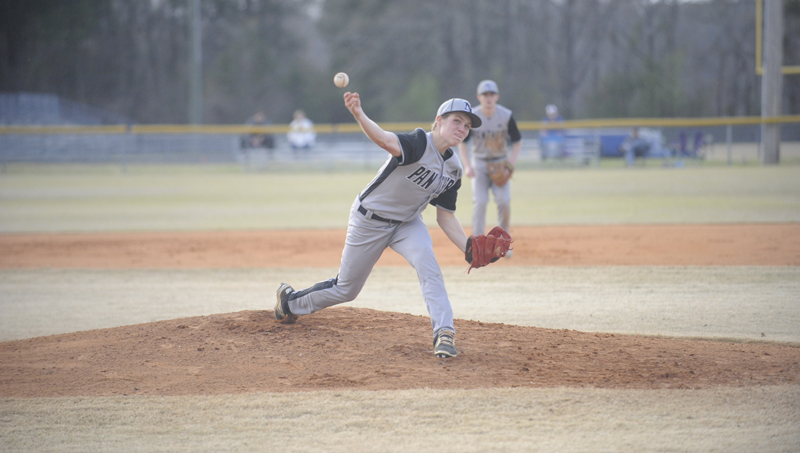 TARBORO — The Southside softball team continued its high-flying start to the season Friday with a dominant 14-0 victory over Tarboro in five innings.

The Seahawks (4-0, 1-0 1A Coastal Plains Conference) led the Vikings (4-2, 1-1 1A CPC) from start to finish, scoring three runs in the top of the first, effectively putting the game away with a nine-run third inning and adding a run in both the fourth and fifth innings.

Marah Gottwalt led Southside at the plate, going 3-for-4 with a double, a triple and three RBIs. Madison Easley also had three RBIs and a double, while Delaney Ayers chipped in with two RBIs. With 11 hits and 12 RBIs as a team, all but one of the nine Seahawks who made a plate appearance had a base hit in the game.

Alexis Whitehurst picked up the win pitching all five innings. The freshman held Tarboro to five hits and struck out three Vikings.

After hosting Washington County yesterday, the Seahawks travel today to take on Pamlico County at 6 p.m.

TARBORO — After three scoreless innings to open Friday’s game at Tarboro, the Southside baseball team put up steady offensive production in the final four innings for a 5-0 win over the Vikings.

Deadlocked at 0-0, the Seahawks (2-2, 1-0 1A Coastal Plains Conference) scored twice in the fourth, added two more runs in the sixth and a final run in the seventh. The Seahawks combined for nine hits and three RBIs.

Southside’s Will Warren was perfect at the plate, going 3-for-3 with two triples and two runs scored. Davis Porter led the Seahawks with two RBIs, while smacking a double. With two hits, Bryan Gutierrez was Southside’s other hitter with multiple hits, and Noah Squires contributed with an RBI.

Warren got the win on the mound, pitching all seven innings. He recorded five strikeouts and allowed eight hits to Tarboro (2-4, 1-1 1A CPC).

Hunter Hall recorded the win for the Pam Pack (6-1, 2-0 2A Eastern Carolina Conference) pitching the first six innings. During his time on the mound the senior allowed two runs on four hits and racked up 12 strikeouts. Mason Weaver relieved Hall in the seventh inning, picking up two strikeouts and limiting North Lenoir (5-2, 0-2 2A ECC) to one hit.

Washington struck first, plating a run in the top of the third, but the Hawks answered back and tied the game at 1-1 in the bottom of the inning. The Pam Pack crossed home plate twice in the fourth and twice more in the fifth to take a 5-1 lead. North Lenoir got a run back in the seventh, but Weaver made sure close out the game.

Washington’s next matchup is at Ayden-Grifton today at 7 p.m.

Panthers brushed aside by Riverside

PINETOWN — The Northside baseball team jumped out to an early lead over Riverside Friday but its pitching couldn’t hold out, as the Panthers eventually fell at home, 8-2.

After scoring early, offense was hard to come by for Northside. Douglas Dixon had the Panthers’ lone RBI, finishing with a base hit. Matthew Adams led the Panthers with two hits, while Cameron Craig, Carter Boyd and Dawson Boyd all each had a hit as well.

Ryan Cornelius pitched the first five innings, striking out four Knights while surrendering seven runs, five of which were unearned, on seven hits. Adams pitched the final two innings, giving up a hit and an unearned run.

The Panthers will look for their first win of the season tomorrow at home against Bertie at 5 p.m.