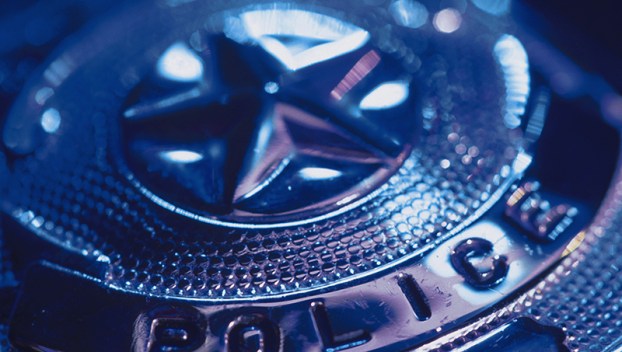 District Attorney Seth Edwards announced Monday that following an investigation by the North Carolina State Bureau of Investigation, criminal charges are not warranted against a Washington Police officer who shot and killed Cedric Pritchard on Oct. 21, 2018, in the city limits of Washington. According to Edwards, he met with the Pritchard family prior to issuing this press release and discussed with them the details of the SBI investigation.

On Sunday afternoon, Oct. 21, 2018, at approximately 3:45 p.m., a WPD officer noticed a blue Pontiac Aztec vehicle in operation on 15th street in Washington near the intersection of Washington Street. This particular officer had made two felony arrests out of this vehicle the previous night and was familiar with the vehicle from other incidents in the city.

Shortly thereafter, the Aztec abruptly swerved to the left on Washington Street and came to a stop at an angle in front of 1105 Washington Street. At this point, the officer activated his blue lights and pulled his marked vehicle over to the left and behind the Aztec. The officer exited his vehicle in full police uniform and closed his driver’s side door.

As he approached the Aztec, the officer and Pritchard made eye contact as Pritchard looked in the side view mirror of the Aztec. Pritchard then quickly opened his driver’s side door in an aggressive manner and jumped out of the Aztec with a small black handgun in his right hand. As he exited the Aztec, Pritchard faced the officer with his body turned towards the officer as well. At this point the officer drew his weapon and aimed at Pritchard as Pritchard begins to run from the officer, going from right to left. The handgun remained in Pritchard’s right hand as he attempted to flee. The officer discharged his weapon twice, hitting Pritchard in his back, killing him. After Pritchard was shot, he dropped on the ground a loaded, black revolver, a Smith and Wesson .38 caliber handgun. It was later determined that the revolver Pritchard possessed was listed as stolen out of Wake County.

“This is a tragedy for all concerned,” said Edwards. However, the issue is whether the officer’s use of force was objectively reasonable in light of all the facts and circumstances at the time. In 1989, The United States Supreme Court ruled in a landmark North Carolina case that we must factor in that police officers are often forced to make split-second judgments in circumstances that are tense, uncertain, and rapidly evolving.

“No question this was tense, uncertain and rapidly evolving,” said Edwards, “and we are demanding that our officers make life and death decisions in the time it takes to snap one’s fingers.”

“Action beats reaction every time, and in this case, Pritchard knew what he was doing and the officer was forced to react,” Edwards said. Under North Carolina law, a law enforcement officer is justified in using deadly force when it’s reasonably necessary to defend himself or a third person from what he reasonably believes to be the use or imminent use of deadly physical force.

“Officers are trained that imminent means ‘fixing to’ do something,“ said Edwards. “In this scenario, this particular officer reasonably believed he was fixing to get shot.”

These are all subjective questions that run contrary to an objectively reasonable standard.

“Unfortunately, Pritchard made two really poor decisions: one, abruptly driving his vehicle to the left side curb, which the officer believed based on his training and experience indicated an attempt to flee, and two, aggressively exiting the vehicle with a firearm in his hand.” “If we remove the revolver from the equation, there would have been no justification for the use of deadly force by the officer,” concluded Edwards.