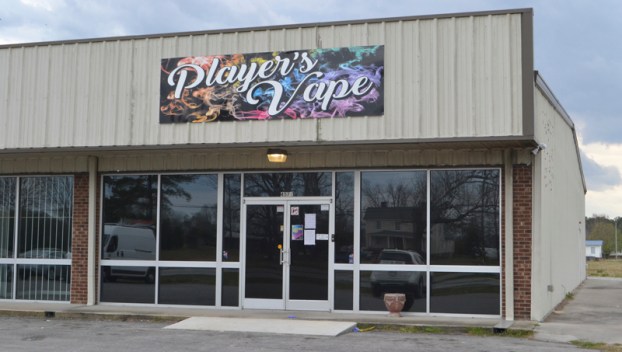 An attempted armed robbery at a Washington sweepstakes business early Monday morning left one person dead after police say an employee shot a man trying to rob the venue.

At 12:15 a.m. Monday, the Washington Police Department responded to 911 calls from multiple people reporting an armed robbery in progress with shots fired at Players Vape, a sweepstakes parlor at 4571 U.S. Highway 264 West in Washington.

According to Washington Police and Fire Services Director Stacy Drakeford, officers arriving on scene found the robbery suspect suffering from gunshot wounds. Drakeford says EMS personnel pronounced the suspect, who had no identification on his body, dead at the scene.

“The suspect right now is just identified as a white male,” Drakeford said. “He was shot by an employee at that location that has a concealed weapons permit.”

At this point, the WPD is working with the North Carolina Medical Examiner’s Office to establish the alleged robber’s identity through fingerprints. 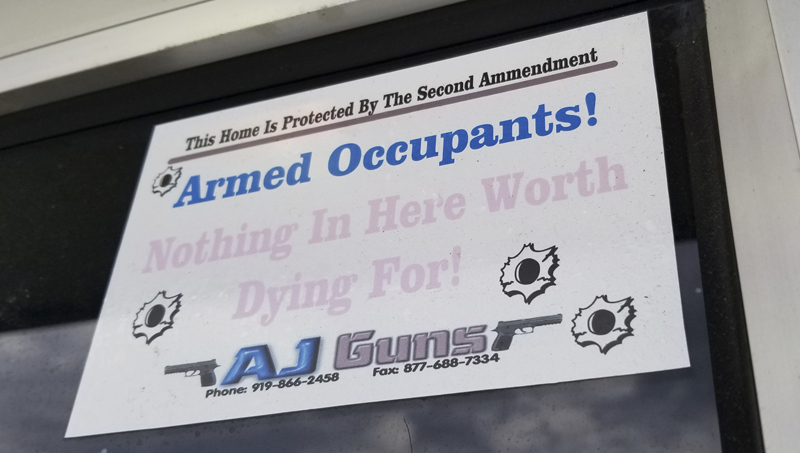 FAIR WARNING: Decals posted on the front door of Players Vape warn that the sweepstakes parlor’s occupants are armed, and prohibit patrons from carrying guns into the business. (Matt Debnam/Daily News)

Drakeford said that he could not release the name of the employee, who is licensed to carry a concealed weapon, and could not comment on whether there will be any charges related to the incident, which was captured on the store’s surveillance cameras.

While Players Vape is situated close to the Beaufort-Pitt County line, the shopping center where it sits has been annexed by the City of Washington, hence the WPD’s role as the lead agency in the investigation.

Twelve years after video poker machines were outlawed in North Carolina, sweepstakes parlor such as Players Vape continue to operate in a legal gray area throughout the state. While parlor operators argue that the games are skill-based, critics of the operations say they violate state gambling laws and attract crime.

Drakeford says that while their legality is currently under debate in the North Carolina court system, the City of Washington is taking steps to ensure that such establishments do not catch on in the city limits.

“We are currently working through our planning board and through other avenues to attempt to shut these places down,” Drakeford said.

Attempts to reach the owner of the business on Monday were unsuccessful. The doors to Players Vape were locked Monday afternoon and no one appeared to be on site.

BATH — With the arrival of spring, staff and volunteers at the Bath State Historic Site are working in tandem... read more