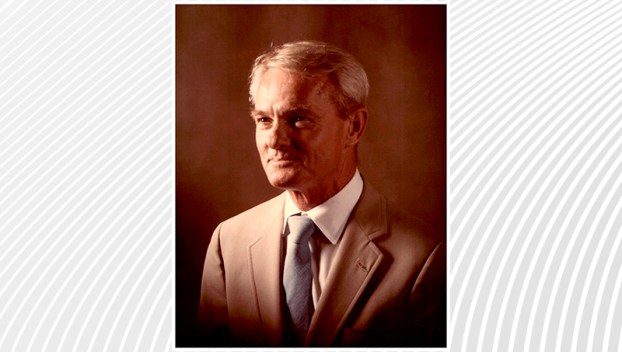 The family will receive friends from 12:30 p.m. until 2 p.m. Saturday, March 30, 2019, in the Ladies’ Parlor at the First United Methodist Church in Washington. A memorial service will follow at 2 p.m. in the church sanctuary, conducted by Rev. Ken Hall and Rev. William Braswell.

Mr. Morgan was born in Beaufort County on July 11, 1923. He was the son of the late John Lucas “Jack” Morgan and Katherine Mae Stowe Morgan. Mr. Morgan spent his youth summers in Hatteras. He graduated from Washington High School in 1941 and the University of North Carolina at Chapel Hill in 1945. Mr. Morgan worked as Sports Editor for the Washington Daily News for 13 ½ years. He worked as a disc jockey for five years at radio station WRRF and WHED. From 1964 to 1992, Mr. Morgan served Beaufort County as Register of Deeds.

Mr. Morgan is survived by two sons, John I. Morgan, Jr., of Greenville, Richard Thomas Morgan, of Washington Park; and many nieces and nephews.

In addition to his parents and his wife, Mr. Morgan was preceded in death by a brother, Richard Bailey Morgan.

In lieu of flowers, memorials may be made to the John and Geneva Morgan Scholarship, c/o Beaufort County Community College, 5337 U.S. Highway 264 East, Washington, NC 27889.

The family would like to thank Mr. Morgan’s caregivers, leader Sylvia Guilford, Carlos Guilford, Lena Bailey, Laura Guilford and Sherry Harris for their love and compassion.

Paul Funeral Home & Crematory in Washington is honored to serve the Morgan family.