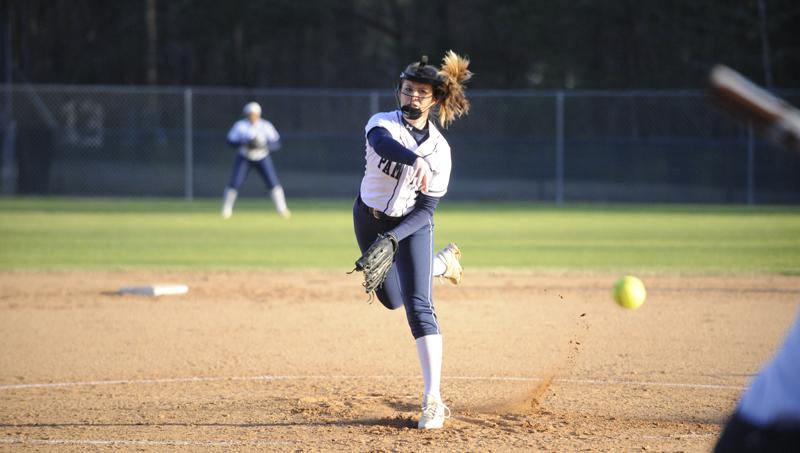 The Pam Pack (10-0, 6-0 2A Eastern Carolina Conference) simultaneously excelled at the plate — collecting 12 hits and 11 RBIs as a team — and shut down the Eagles’ (3-9, 1-5 2A ECC) bats, limiting them to three hits. Led by Davis’ 3-for-4 performance that included two home runs, four RBIs and three runs scored, Washington scored six runs in the second inning to open the game’s scoring, before plating five runs in the third and two more in the fourth. West Craven scored its lone run in the top of the fourth.

CHOCOWINITY — After opening the season with a five-game win streak, the Southside softball team’s recent misfortune continued yesterday with a 19-0 loss to Bear Grass in five innings at home, pushing the Seahawk’s losing streak to five games.

Southside (5-5, 1-4 1A Coastal Plains Conference) struggled at the plate all game, reaching base just five times. Laura Hodges and Mallory Nobles each had a base hit, while Alexis Whitehurst drew two walks and Delany Ayers drew another herself.

The Seahawks’ woes at the plate were made worse by the fact the Bears (8-1, 3-0 1A Atlantic 5 Conference) collected 16 hits and Southside committed four errors to further help Bear Grass’s run production. Nobles, who received the start as pitcher, and Whitehurst combined to allow 19 runs — 11 of which were earned — on 16 hits.

CHOCOWINITY — The Southside baseball team fell behind early during yesterday’s home matchup with Bear Grass and could never recover, falling to the Bears, 7-2.

The Seahawks (4-6, 2-3 1A CPC) found themselves in a 7-0 hole through two innings of play, after Bear Grass (10-1, 4-0 1A Atlantic 5 Conference) opened the game by scoring two runs in the top of the first and followed by scoring five more in the second. Southside responded by scoring two runs in the third, but that was basically the extent of its offense, as the Seahawks had two more hits over the final four innings.

With a 2-for-4 performance that included an RBI-double, Will Warren supplied much of Southside’s offense. Jordan Adams, Bryan Gutierrez and Davis Porter each provided a base hit as well.