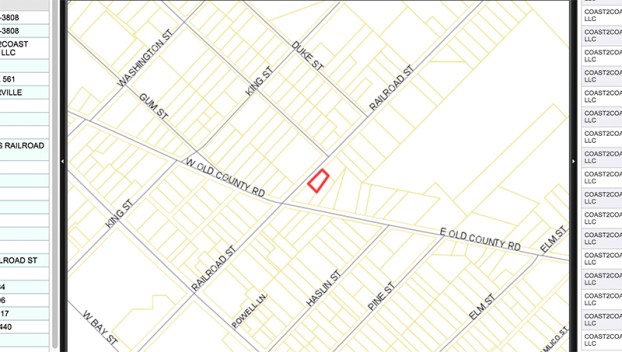 County declines bids from those owing back taxes

Those in the market for county-owned property will no longer be able to bid if they owe the county back taxes.

It was a unanimous decision at this week’s regular meeting of the Beaufort County Board of Commissioners to put a measure in place to prevent those already owing county taxes from buying more county property — that is, until those taxes have been paid.

The decision came after commissioners approved a bid for a piece of county property, without realizing that the bidder owed back taxes on other properties in Beaufort County. The bidder, Coast2Coast Group LLC, owned by Wayne Langston, is registered as a real estate rentals company with the North Carolina Secretary of State. Coast2Coast Group LLC owes a total of $5,395.91 on 41 properties, ranging from $30.13 for a .98-acre property off of N.C. Highway 33, to $608.21 on a .14-acre property on George Street, between King and Railroad streets, in Belhaven, according to the Beaufort County delinquent tax list. Langston also owes $1,025.27 on three other properties.

County attorney David Francisco explained that commissioners approved Langston’s initial bid on a property on Gray Road in Chocowinity during February’s meeting. On Monday, Langston remained the highest bidder in the upset bid process. Francisco also said Langston had approached the county tax office about the delinquent taxes and reached a payment agreement with the county tax office to pay off the past due amount by June 1.

Commissioners then voted to approve the sale of the Gray Road property, but only if the June 1 deadline is met. The subsequent vote ensured that bidders on county-owned property would be vetted by the tax office before their bids would be accepted.

For an electric line worker, it’s a worst-case scenario — a lineman is electrocuted while working on top of a power... read more