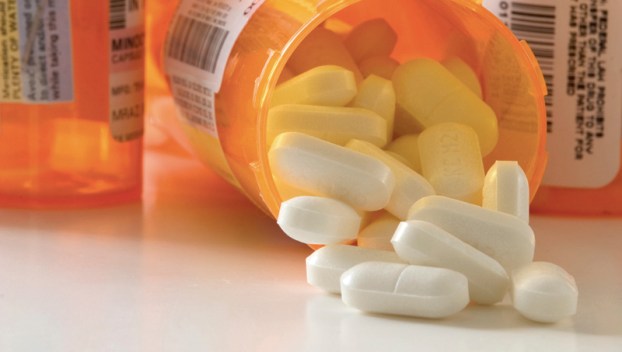 Metropolitan Community Health Services is doing its part to battle an epidemic that has swept the nation: opioid addiction.

The Washington-based nonprofit and its clinic, Agape Health Services, will be using a Rural Communities Opioid Response Program grant to help save lives by supplying first responders with the medication that can stop an overdose immediately.

“So what we want to do as a collaborative community effort is to supply NARCAN,” said Dr. Michael McDuffie, Agape’s executive director. “How we would do it is we’ll start at home in Beaufort County, and we will have a day that they will come in, we will show them how to use it and they would go back to the patrol station, and they will put them in however many cars they want to put them in.”

The options are NARCAN nasal spray and its lesser-used injection form.

“They all prefer the nasal spray, but the fire department and the ambulance should be able to carry some needles,” McDuffie said.

The NARCAN giveaway will start in Washington, but McDuffie said the five counties of the 2nd Judicial District (Beaufort, Hyde, Martin, Tyrrell and Washington) will eventually all be recipients, as Agape is part of a 2nd Judicial District task force to combat the epidemic. The task force and NARCAN dispersal are not the only ways Agape providers are fighting opioid addiction. Since 2016, the clinic became Medication-Assisted Treatment certified; Dr. Julius Mallette is the resident MAT provider, who is authorized to prescribe medication.

“This service used to be only offered in substance abuse treatment centers, but due to the epidemic, it’s now being offered through outpatient (services),” McDuffie said. “We probably have somewhere close to, about, 150 to 200 patients that are receiving these treatment services. … The important part about MAT is it’s a combination treatment. It’s medication along with psychological counseling. For it to be effective, it’s got to be both.”

According to Gwen Gilbert, Agape’s licensed profession counselor and clinical addiction specialist, said the number of people seeking treatment locally has increased significantly — North Carolina has four cities on the top 25 list of U.S. cities with the greatest number of opioid cases per capita: Hickory, Jacksonville, Fayetteville and, at No. 1, Wilmington.

“Out here in a rural area, it’s not as bad, but one is too many. The overdose numbers are beginning to rise,” Gilbert said. “We’re seeing an increase in pregnant women; they definitely are a priority. So far, we’ve had 22 babies. All were healthy. All term — we haven’t had any pre-term babies.”

Agape also saw a large increase in those seeking treatment last year, when Pamlico Wellness Center was closed down after a North Carolina Board of Nursing investigation revealed over-prescribing of opioids.

“Our numbers went through the roof when the pain management agency closed,” Gilbert said, adding that many of Agape’s new MAT program patients were older people, addicted but unwilling to buy opioids off the street. She said many people aren’t aware Agape offers the MAT program and that the Agape pharmacy carries generic Suboxone, along with injections of of Sublocade and Vivitriol that curb cravings and withdrawal symptoms for 30 days.

“Literally, every single day they’re calling in, saying, ‘I didn’t know y’all did that.’ A lot of them know Agape for primary and dental care, but they don’t know we do behavioral services,” Gilbert said.

The benefit of a MAT program offered by a medical clinic, as opposed to substance abuse clinics, is apparent because of the anonymity: patients coming and going, and in the waiting room are there for a variety of reasons unknown to one another, according to Gilbert.

“There’s such a stigma attached to addiction that just coming into their doctor’s office takes away some of that stigma,” Gilbert said.

Spring is in the air and so are the notes of the Mission Impossible Theme, “We’re Off To See... read more