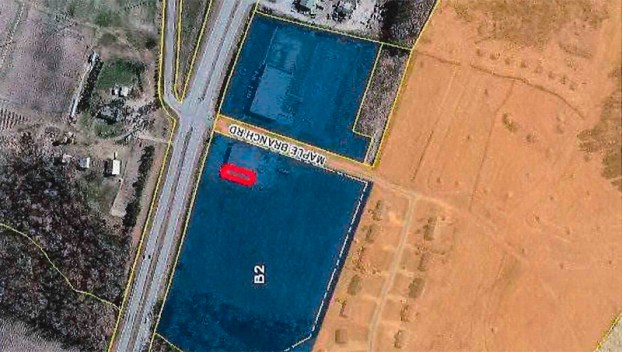 The owner of Players Vape, the sweepstakes and vaporizer shop that was the scene of a deadly shooting during an armed robbery two weeks ago, is scheduled to appear before the Washington Board of Adjustment on Thursday evening. The purpose of the appearance is to appeal a zoning violation served by the city in January.

Just after midnight on March 25, Grant Waters, 42, of Rocky Mount, was shot and killed by a Players Vape employee while attempting to rob the store. Waters’ accomplice, Mindy Renee Sullivan, 38, also of Rocky Mount, was arrested two days later and charged with robbery with a dangerous weapon and first degree kidnapping as a result of Waters’ actions.

The attempted robbery on March 25 followed a successful robbery at the location on March 18, during which two black male suspects escaped with an undisclosed amount of cash. The night before that, on March 17, the Beaufort County Sheriff’s Office had responded to the business in regard to allegations that customers were trying to scam the machines.

A pair of letters from Washington Planning Administrator Glen Moore, dated Jan. 17 and Jan. 28 respectively, notified the property owner Manfred Alligood, and the business owner, Ashley Brooks, of Roanoke Rapids, that the operation of Players Vape at its 4521 U.S. Highway 264 West location is a violation of the city’s zoning ordinance.

“Your property is zoned B-2 (Business) and Internet Sweepstakes operations are only allowed in the city’s I-2 (Industrial) districts,” the letter to Alligood reads.

In the Jan. 28 letter to the business owner, Moore says the business is advised to cease operation immediately and that failure to do so will result in action by the Washington Police Department.

On Tuesday, Moore said he was not at liberty to comment on the matter.

In early February, the city received a letter from William J. Brian, an attorney with the Durham-based Morningstar Law Group. In his letter, Brian, who represents the owners of Players Vape, argued that his client is not operating a sweepstakes business as defined by the city’s zoning ordinance.

He went on to say that the gaming machines at Players Vape are not “games of chance,” as written in city ordinance, but rather “games of skill and dexterity.”

In the judgment in that case, Superior Court Judge Ebern T. Watson III found that the Gift Surplus sweepstakes system, a particular brand of machines, are legal and not in violation of state law.

Under the judgment, the North Carolina Governor, the Secretary of Public Safety, the head of the State Bureau of Investigation and the head of Alcohol Law Enforcement, as well as all of their officers, are blocked from enforcing sweepstakes statutes against businesses that use that particular brand of machines, or even speaking publicly on the topic of Gift Surplus machines.

Attempts to reach Brian via email were not returned as of press time. A phone number listed for Brooks on city documents was disconnected. As of Sunday, Players Vape was open for business.

A local artist is pitching in to the raise the roof of the Turnage Theatre one painting at a time.... read more