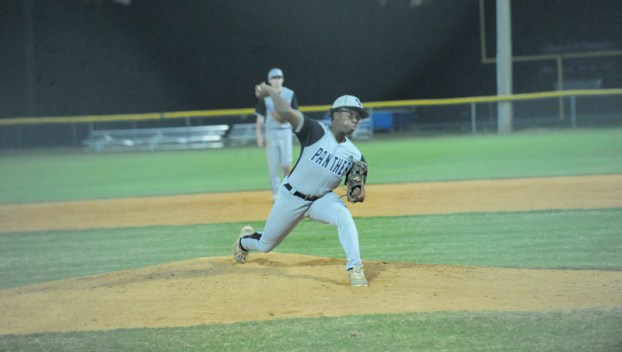 PINETOWN — Looking to rebound after dropping a tight game in the final innings to Bertie last Thursday, the Northside baseball team did just that last night, as it defeated the visiting South Creek Cougars, 11-1, in five innings.

Putting together an efficient performance that saw Northside (4-13, 3-6 1A Coastal Plains Conference) have success in multiple areas of the game, the Panthers took down South Creek (1-12, 0-9 1A CPC) for the second time this season.

“We played very efficiently. We’re getting smarter at the plate, got pitch count up early on their pitcher. (We) did good stuff that helps you win baseball games,” Northside head coach Keith Boyd said. “We played solid, hit the ball well, ran bases well; I was very pleased.”

Collecting 11 hits and seven walks, every single Panther reached base at least once yesterday. Cameron Craig, Ryan Cornelius, Tyler Modlin and Dawson Boyd all had two hits to lead Northside, while Carter Boyd and Douglas Dixon led the Panthers with two RBIs apiece.

The Panthers wasted little time in building a lead, scoring four runs in the first, thanks to singles by Craig and Modlin to lead off the inning, as well three walks and a South Creek error. Taking advantage of some walks, passed balls and another Cougar error, Northside scored two runs in both the second and third innings to take an 8-0 lead.

South Creek threatened to score in the fourth, loading the bases with two outs. But starting Panthers pitcher Matthew Adams, who racked up seven strikeouts in four innings of work, came up with his final strikeout to get himself out of the jam and end the inning. Adams allowed no runs on three hits, before making way for Omari Crandell in the fifth.

The Cougars ended up scoring in the fifth, after Ahmond Bryant led off with a walk and stole second. Bryant then scored when Trey Wall connected for a single, but Wall was thrown out at second after trying to take an extra base. South Creek threatened to score again, after an infield single, passed ball and walk put runners on the corners. But Crandell got the next Cougar to ground out to Craig at shortstop to end the inning.

The Panthers responded to South Creek scoring by plating three runs of their own to establish a 10-run lead and bring the game to an end. Craig led off by drawing a walk and stealing second, before Modlin followed with another single, moving Craig to third. Showing awareness on the base path, Modlin took second base as South Creek threw home in an attempt to cut off Craig.

Dixon followed with a standup double that reached the fence in right field, driving home Craig and Modlin to make the score 10-1. Dawson Boyd then hit a single to put runners on the corners before stealing second. A walk loaded the bases for Carter Boyd, who ripped a single up the middle to score Dixon and bring the game to a close.

As a team that has just one senior in the starting lineup, the Panthers have experienced some growing pains this season. Keith Boyd said he’s seen his team’s pitching improve along the way and now the Panthers are working on playing efficiently and playing well in all phases of the game, as they hope to possibly sneak into the playoffs.

“We just hadn’t been very efficient as a baseball team. I hope that’s a signal or sign of being young,” Keith Boyd said. “But it’s late enough in the season now that that’s not an excuse. You’ve got to get out there and play. We’re seeing signs of improvement in every aspect of the game, it just depends on whether it’s a little too late or not.”