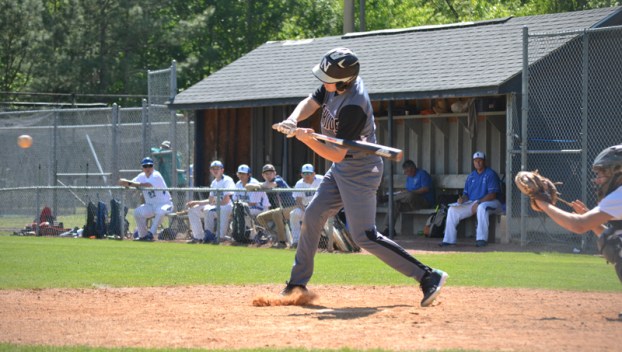 WASHINGTON — Northside was too little, too late, with its comeback attempt yesterday afternoon, scoring six runs in the sixth inning, but couldn’t close the gap all the way. The Panthers fell to Bear Grass 8-6, in the semifinal of the Washington Easter Tournament.

Both starting pitchers did a really good job early on, as only one run was scored through the first three innings. Bear Grass plated a run in the opening frame, as Joseph Perry opened things up with a single. A passed ball put Perry on second, a ground out to second moved him over to third, and Donald Stotesbury chased the leadoff man home with a sacrifice fly.

Northside (6-14, 4-6 1A Coastal Plains Conference) pitcher Matthew Adams threw four complete innings, but back-to-back singles from Logan Hale and Ty Johnson caused some trouble in the fourth. A couple of walks, stolen bases and passed balls ensued before Jordan Futrell’s RBI-single, and Bear Grass found itself with a 6-0 lead by the end of the inning.

The Bears managed to scrape across a run in each of the sixth and seventh innings, but Northside wouldn’t go down without a fight.

In the sixth, Cameron Craig just put the bat on the ball and used his speed to fly up the first base line and reach on an error, while Tyler Modlin and Douglas Dixon both drew walks to load the bases. The Bear Grass catcher tried to pick off Craig at third after a pitch in the dirt, but the throw sailed high, allowing Craig and Modlin to score. Dawson Boyd then hit the ball hard to the shortstop, which trickled through his legs into the outfield.

The Panthers weren’t done, as Caleb Alligood forced a walk with the bases loaded, a fielder’s choice off the bat of Adams’ set up Carter Boyd for a looping RBI-single into center field and a big two-RBI single from Ryan Cornelius cut Northside’s deficit to 8-6.

“Just gotta keep putting the bat on the ball,” Cornelius said about continuing to be successful offensively late in games. “Gotta play complete games and play together (going forward).”

Bear Grass was able to hang onto the lead, vaulting them into the championship game against Washington.

Despite the loss, Northside head coach Keith Boyd was still proud of his team’s efforts.

“All in all, I’m proud of our efforts,” Keith Boyd said. “It was just too little, too late. We’ve come a long way since the beginning of the year. We’re going back to fighting a little bit; we’re playing you until the seventh inning now. We can just hope we can collect enough momentum, slide into the playoffs. Just got to stay hot and you never know.”

Northside will have a week off for spring break and will return to action with an away game against rival Southside on April 30.

By LAIEKE ABEBE For the Daily News WINTERVILLE — Intangibles such as resolve, playing until the final out and toughness... read more