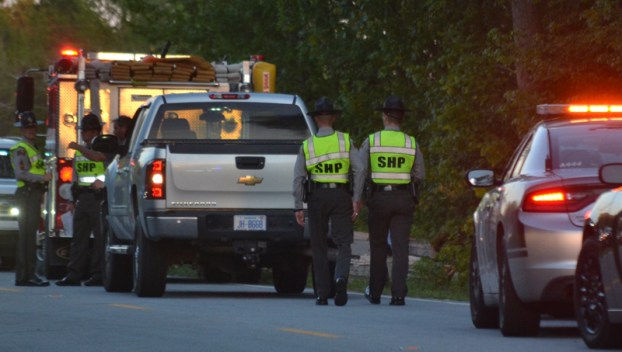 FATAL WRECK: According to the N.C. State Highway Patrol, two was killed and another was critically injured in a vehicle rollover on N.C. Highway 33 early Tuesday evening. (Matt Debnam/Daily News)

Vehicle rollover leaves one dead, another in critical condition

The North Carolina State Highway Patrol confirmed that one person was killed and another was critically injured in a vehicle rollover on N.C. Highway 33 between Blounts Creek and Edward early Tuesday evening.

According to NCSHP 1st Sgt. Gary Brown, a white Dodge Challenger carrying three occupants was traveling west on N.C. Highway 33 when it ran off the left side of the road and hit a culvert, causing it to flip.

“Either some or all of the passengers were ejected from the vehicle,” Brown said.

Although medics attempted to save his life with CPR, Austin Larry Nicholson McKay, 22, of Edward, died on scene.

A second male patient, Tyler Hartzell, 20, of Michigan, was transported to Vidant Beaufort Hospital and then by air to Vidant Medical Center in Greenville. Hartzell’s status could not be confirmed as of Thursday.

The third occupant, also male, was transported to Vidant Medical Center for evaluation.

Brown said it appears no other vehicles were involved in the incident, and that it remains unclear whether the occupants were wearing their seat belts. The accident is still under investigation.

A Beaufort County Sheriff’s Office investigation into heroin coming into the county led to trafficking charges for a local man... read more