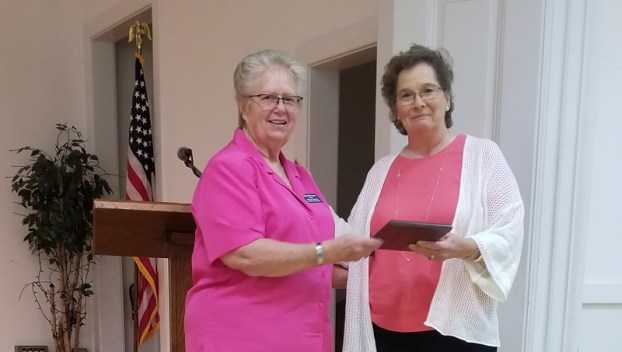 SMALL BUSINESS AND CITIZEN OF THE YEAR: Ginger Stoop, of O'Neal’s Snack Bar and Gingerbread Bakery, receives the Small Business of the Year award from Mildred Bowman. Bowman was named Citizen of the Year for 2019. (Belhaven Community Chamber of Commerce)

The Belhaven Community Chamber of Commerce celebrated its 67th year in grand fashion April 18, honoring some of Belhaven’s most outstanding residents and businesses during the chamber’s annual awards banquet at the Wilkinson Center.

LARGE BUSINESS OF THE YEAR

The large business of the year, Clark Oil Company, has been serving Beaufort County for three generations since 1957. Founded by Orville and Cheryl Clarkin, the business passed to their son Doug Clark in 1986 and is today run by Doug’s daughter Lindsay and her husband Shane Hubers. Throughout the decades and across three generations, Clark Oil has worked tirelessly to be very honest and fair with their customers.

Lindsay was recently quoted as saying, “They are very important to us, and it is our number one priority offer them the best customer service we can.” 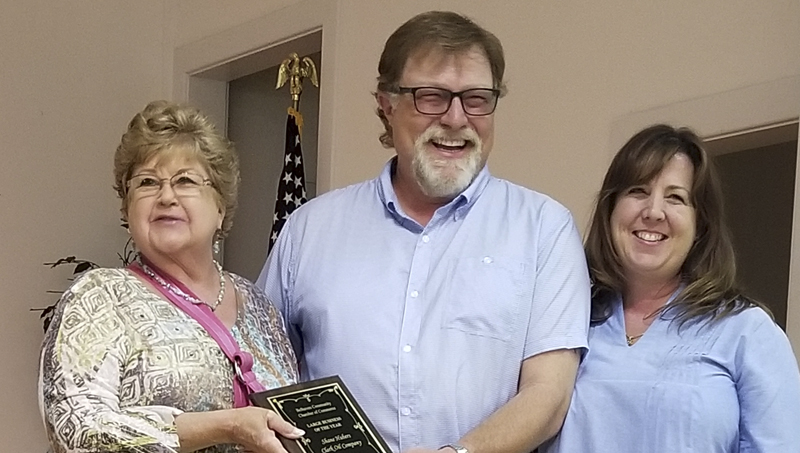 SMALL BUSINESS OF THE YEAR

A native of Belhaven, Virginia “Ginger” Hollowell Stoop has been in the restaurant industry since her graduation from Pantego High School. In 1982, she began working at Brownie Bakery in Washington before opening her own business, Gingerbread Bakery in Plymouth in 1995. In 2010, the business reopened in Belhaven at the historic O’Neal’s Snack Bar, where it has been a fixture ever since.

NONPROFIT OF THE YEAR

When Hurricane Floyd hit Beaufort County, Free Union Free Will Baptist Church sought a way to help those affected by the storm. When recovery was passed, the church still had items left over that needed a home and Martha’s Thrift Store and Food Pantry was the result. Selling clothes from the old Tastee Freeze Building, the organization grew, expanding to provide food for those in need. Today, the organization has 35 volunteers and helps between 15 and 20 people each month during food distributions.

“God bless all of them and the people that donate to our cause,” the organizers wrote. “We are here to serve God’s people.”

VOLUNTEER OF THE YEAR

Helping at Martha’s over the years, in addition to other roles, Dave Reives is Belhaven’s Volunteer of the Year. Beyond helping with monthly distributions, he also is active in his church and the Senior Club of Belhaven, in helping prepare sunrise services and singing on the corners downtown. Reives also serves as the emcee for the annual Belhaven’s Got Style Fashion Show.

Although unable to attend the banquet, Reives said, “Jesus was right when he said, ‘When you do to the least of these, you do it to me.’ And he supplies that good feeling inside. Thank you so much for this recognition. It is just one more blessing and good feeling I have in my life.” 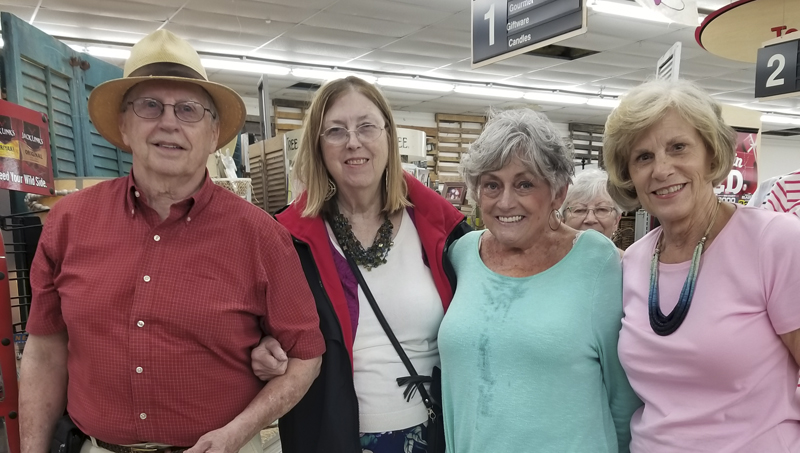 ENTREPRENEUR OF THE YEAR

A retired elementary school teacher, Tina Parsons spent 27 years teaching children throughout the U.S. and Canada before arriving in Belhaven. In 2017, she brought a new shopping experience to the town with the opening of Coastal Cottage Life, offering arts, crafts and collectibles for all styles.

Among Parsons’ favorite things about Belhaven are the friendly people, the town’s walkability, its shops, the restaurants, the library and the water. She will tell anyone that Belhaven is a great place to live. 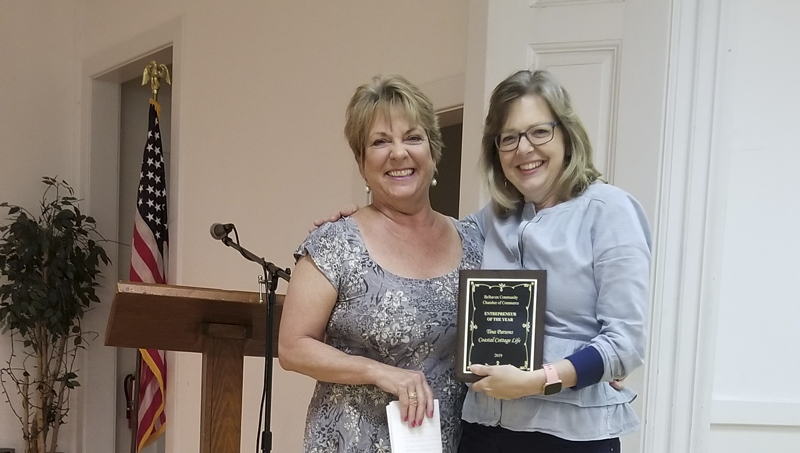 JUNIOR CITIZEN OF THE YEAR

A junior at Northside High School, Katie Layne Hopkins, 17, is known in the community for both her athleticism and participation in community events. Junior class president at NHS, Hopkins was captain this year of the JV Volleyball Team and a member of the track team.

In 2015, she was crowned Young Miss Independence, followed by a coronation as Miss Independence in 2017. She has participated in three Belhaven’s Got Style events, modeling for Market 32, Attic Life and Hand-Picked Sister. She has also served as a Style Ambassador for Belhaven Stylist Nicole Berry and Hair Junkies. 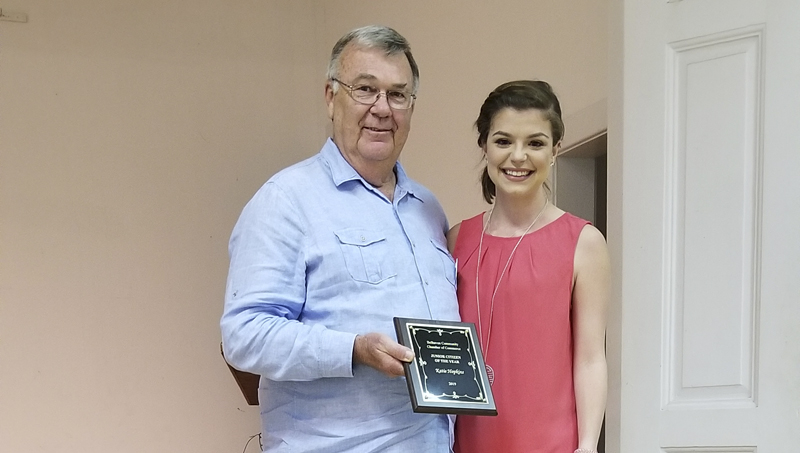 CITIZEN OF THE YEAR

From serving as director of Martha’s Thrift Store and Food Pantry to being an active member on the Chamber Board, Mildred Bowman gives of herself frequently in service to Belhaven. She is a member of the Belhaven Celebrations Committee, the town Planning Board and was an active voice in attempts to save the Belhaven Hospital.

Those behind the fabric at Watson In Homes know trends. They see interior design trends shift from year to year,... read more