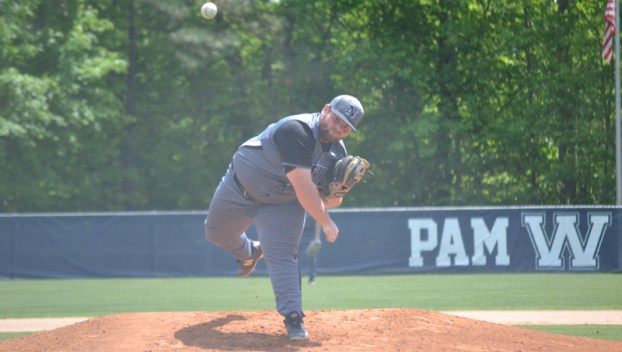 BY: MITCHELL THOMAS | THE DAILY NEWS

In the blink of an eye, the high school spring sports season has almost concluded. After student-athletes return from spring break, they will jump right back into their senior nights, season finales, and in the cases of tennis and golf, regional play. There are many local teams jockeying for position, as the top four teams in each conference in baseball, softball, and soccer will qualify for a spot in the playoffs amongst a field of 64-teams.

Here’s what each team is looking at in their final few games before post-season play begins:

The undefeated Pam Pack softball team (17-0, 10-0) sits atop the Eastern Carolina 2A Conference standings and clinched the division with its win over second place South Lenoir. After Washington posted a 3-0 record in the Lady Vikings Easter Softball tournament, the Pam Pack will likely host a playoff game after they complete their final two regular season conference games. They will host Kinston (1-10, 0-9 EC 2A) on Tuesday and travel to play West Craven (3-12, 1-8 EC 2A) on Friday. Both first pitch times are set for 6 p.m. 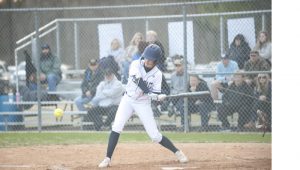 SQUARED UP: Lady Pam Pack senior Summer Campbell keeps her hands through the zone on a pitch earlier this season. The undefeated Washington softball team, have clinched the Eastern Carolina 2A conference and solidified a playoff spot. (Sean Finnerty | The Daily News)

NORTHSIDE SOFTBALL
Similarly, the Lady Panthers (14-4, 10-0 Coastal Plains 1A Conference) are in a comfortable spot, leading the conference with two games left to go in their regular season. The Panthers are two games ahead of Riverside (14-2, 7-2) who have three remaining conference games. So it will take one more Panther victory over either Southside Tuesday, at Jones Senior on Thursday or a Riverside loss in one of their last three for Northside to clinch the conference title.

The Pam Pack baseball team (14-4, 8-2 Eastern Carolina 2A Conference) hold a slim lead in the conference standings. A log-jam of three teams – Ayden-Grifton, North Lenoir, and West Craven – hold a 7-3 conference record that is good enough for the second spot in the current standings. Since Washington has already defeated those three teams atleast once this season, the Pam Pack will clinch the division with a win in one of their final contests. They will host Kinston (1-15, 0-10) on Tuesday for the Pam Pack’s senior night and will travel to West Craven (12-7, 7-3) for the season finale.

Both teams hold the same 4-6 conference record, but Northside (6-14) has the slight edge due to their head-to-head record. Southside (8-11) isn’t out of it by any stretch, as the two teams will face-off on Tuesday night at Southside on the Seahawks senior night. Most questions about playoff implications will be answered after that game, but both teams will play one of the bottom two teams in the conference to round-out their seasons. Southside will travel to South Creek (1-13, 0-10) on Wednesday and Northside will go back home to host Jones Senior for the Panthers senior night on Thursday. At the end of the season, if their conference records remain the same and they split the regular season series, then it will proceed a step further to similar non-conference opponent head-to-head record.

The conference leading and undefeated Pam Pack (10-3, 8-0 East Carolina 2A Conference) will have no worries getting into the playoffs. They sit atop their conference standings with just three games left. Barring disaster, Washington will host at least one playoff game. However, a busy final week of the season looms as the Pam Pack travel three times. They will go to North Lenoir on Monday, Northside-Jacksonville on Wednesday and then their season finale at West Craven on Friday.

The Seahawks (4-8-1) are in second place in the Coastal Plains 1A standings with three games to go. A playoff spot is not secure for the lady Seahawks, but a couple of wins in their final games would certainly give them a boost. They will play Tarboro at Indian Lake Sports Complex in Tarboro on Tuesday, and wrap up the season with two home games against North Lenoir on Wednesday and Cape Hatteras on Friday.

The next day, May 7th, Northside golfers Luke Jones and Clark O’Neal will head over to Cypress Landing in Chocowinity, in an attempt to advance to the state meet. Southside is sending five golfers to the same event — Luke Matthews, Trey Branch, Colt Dixon, Dylan Wilkins, and Santiago Serralde. The first tee-time is set for 9 a.m.

The Pam Pack will be well represented at the tennis regionals on Friday and Saturday of next week at Greene Central High School. Tim Anglim in singles, Tripp Pippin and Stewart Hopper in doubles look to find their way through the first two rounds to earn a trip into the state tournament. Individual state meets will begin May 10th and 11th, while Dual Teams begin May 18th.