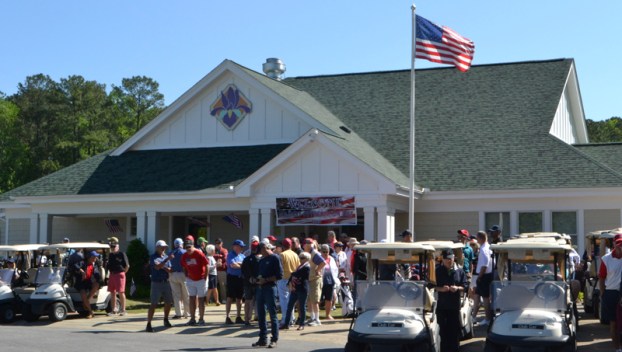 CHOCOWINITY — For the men and women who serve their fellow citizens in the U.S. Military, a small “thank you” can go a long way. For the residents of Cypress Landing, expressing this sentiment has become an annual tradition during the community’s Active Duty Military Appreciation Day.

Rolling out the red, white and blue carpet, the community hosted 109 active duty military personnel from all five branches of service for the annual event this past Saturday.

Hailing from military bases across North Carolina, participants came from Camp Lejeune, Marine Corps Air Stations New River and Cherry Point, Fort Bragg, Seymour Johnson Air Force Base and beyond, the servicemen and women enjoyed a round of golf, free food and drink and the hospitality of Cypress Landing residents. 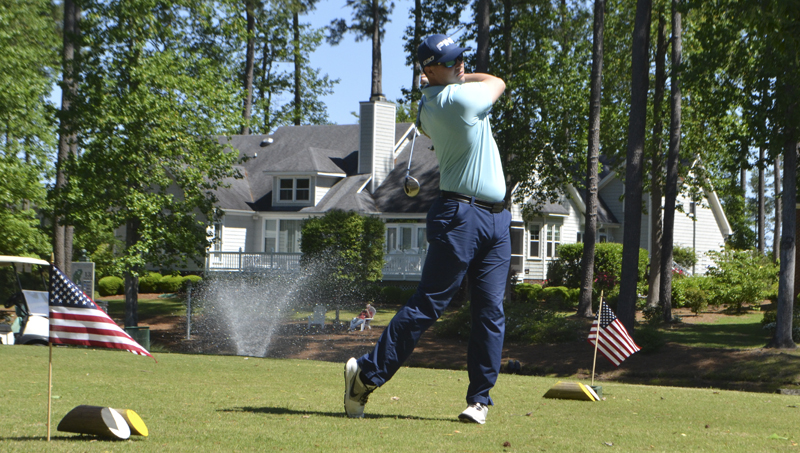 “We have a very patriotic community here and this community wanted to give something back to the great servicemen and women we have serving our nation,” Said event organizer Retired Marine Corps General Gordon Nash said. “Let’s go back 11 years — combat was at its highest in Iraq and Afghanistan. It was really about ‘let’s thank our servicemen and women for their sacrifice and service to our great nation.’”

Each foursome of service people were paired with Cypress Landing golfers for the tournament, and as the groups made their rounds of the course, residents showed the community’s hospitality in grand fashion. Course-side throughout Cypress Landing, guests were greeted with food and drink, served up as a way of showing appreciation.

One such resident was attorney Keith Fox. As a special treat, he flew in 800 Sabrett hotdogs from New York, and filled a kiddie pool with ice-cold beer for the occasion in his back yard. With music thumping and the scent of hotdogs filling the air, Fox’s was but one of many stops along the golf course for the soldiers and sailors who attended. 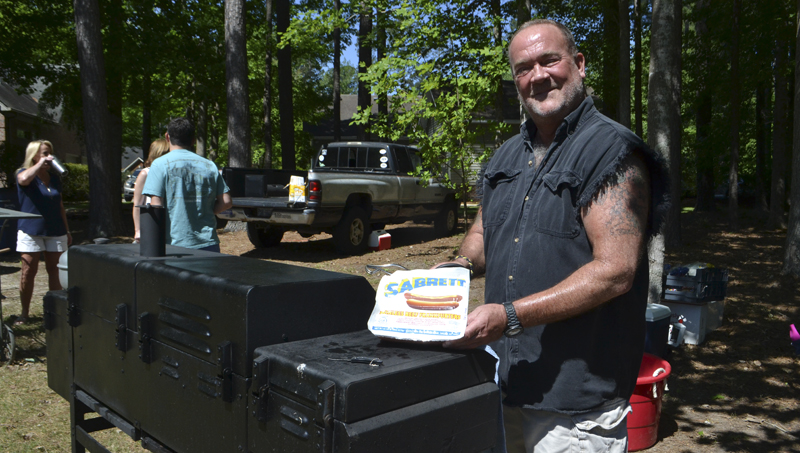 “They’re serving our country and getting shot at, so it’s the least I can do,” Fox said. “I’ve seen gentlemen come here missing an arm and trying to golf with a lost appendage. So that’s pretty important — these young men are doing a hell of a service for our country.”

“Cypress Landing is a small community, but we have a lot of volunteerism,” added event organizer and Retired Chief Petty Officer Richard Beach. “We have a lot of older people and quite a few of them are former military. They want to give back, so we pick a day and decide what we can do.”

Sponsors of the day were Mr. David and Dr. Ainsley Rusevlyan, Pecheles Automotive, Park Boats, Food Lion and Hardees, among others.

Bills in General Assembly may remove barriers to broadband expansion

In the early-to-mid 1900s, providing access to electricity in rural areas in North Carolina presented a tremendous challenge. In response... read more