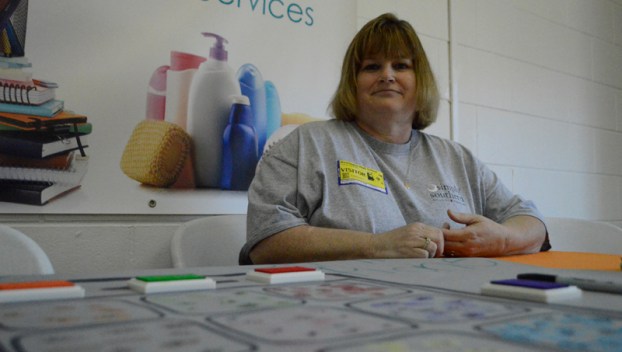 A MOTHER’S LOSS: Tracy O’Carroll, who lost her daughter in a car accident caused by distracted driving, was on hand to share her story with teen drivers at Washington High School on Tuesday. (Matt Debnam/Daily News)

Teens pledge to not use phones while driving

At 3:42 p.m. on Jan. 5, 2011, Tracy O’Carroll’s life changed forever. It was at that precise moment that her daughter, Sarah Edwards, an 18-year-old senior at Southside High School, lost her life in a car accident as a result of distracted driving. A text message took her eyes off the road and her vehicle collided with a logging truck, killing the teen.

“She was leaving school, she called me from the parking lot, and I told her to drive careful and that I loved her,” O’Carroll recalled. “Maybe 10 minutes later, we get a call from someone who said they thought there had been an accident. We went to the scene, and Sarah had gone underneath a log truck. She was looking at a text message.”

Edwards was the first person in the state of North Carolina who the N.C. Highway Patrol could definitively prove was texting and driving at the time of her death, according to her mother.

Ever since that day, O’Carroll has made it her mission to prevent others from making the same fatal mistake, and that work continued at Washington High School. With O’Carroll sharing her story, representatives from Vidant Medical Center spoke to teens about their driving habits during the school’s lunch periods. Before all was said and done, more than 120 WHS students pledged to not use their phones while driving.

“We’ve been talking to students about how their brains cannot multitask, encouraging them to be an empowered passenger, to speak up and have a voice when they’re riding in the car with someone else,” said Jennifer Wobbleton, the East Carolina Injury Prevention Program coordinator. 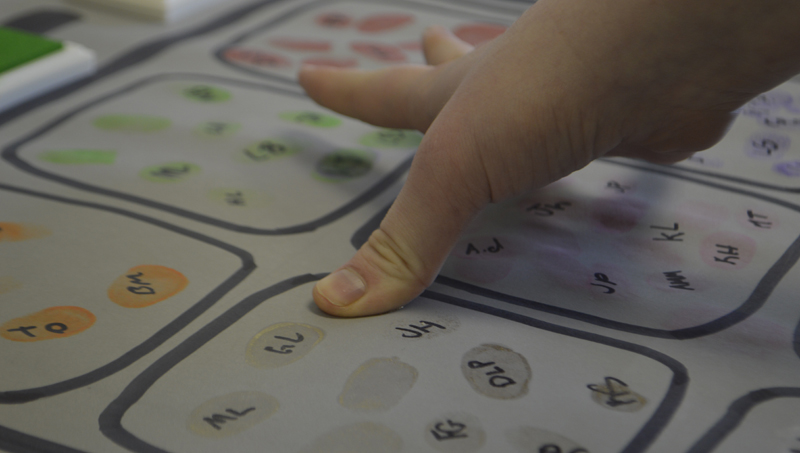 A PLEDGE MADE: Students pressed their thumbs and signed their initials on a large piece of paper in the WHS cafeteria Tuesday, making the pledge not to drive distracted. (Matt Debnam/Daily News)

This past year, the Eastern Carolina Injury Prevention Program received a grant through the Governor’s Highway Safety Program to expand its safe driving efforts to counties where distracted driving is responsible for the most fatalities on the road.

Wobbleton says she hopes to expand prevention efforts to other high schools throughout the county, but the message isn’t limited to teenagers — adults also are susceptible to distracted driving and can often set a bad example for younger drivers.

Beyond setting that good example, Wobbleton encourages parents to begin conversations about safe driving early with their children. Resources available for free at www.drivingskillsforlife.com provide opportunities for teens and their parents to talk about safe driving. Additionally, many smartphones include some type of automated messaging response that can be activated when drivers hit the road.

Above all, the message is that conversations can save lives.

BLOUNTS CREEK — Just as cars seem to constantly get new designs, so does the hardware needed to cut someone... read more