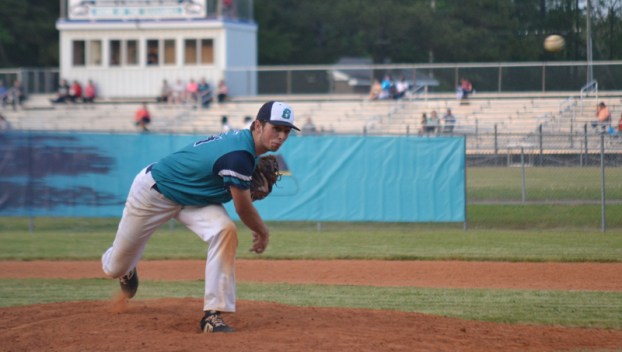 CHOCOWINITY — Plate aggressiveness earned the Seahawks a big win over cross-town rival, Northside on Tuesday night that will likely earn Southside a spot in the state playoffs.

Seahawks’ (9-11, 5-6 Coastal Plains 1A Conference) senior Will Warren tossed a complete game. Warren only gave up three earned runs, picked up a couple strikeouts, and only walked one batter.

“It’s always a competition with them, they’ve beat us for like the past two or three years so it’s good to beat them every once in a while,” Warren said. “I’ve developed more of a changeup so it kind of threw them off-balance a little bit.”

Warren also had an incredibly impressive night at the plate. He went 4-for-4 with a triple and three singles, with four runs scored. The do-it-all senior was ecstatic about his team’s win, but says his squad needs to be more comfortable going forward.

“We just got to play comfortable. The biggest thing is when we go on a bad run its usually because we’re up-tight and tense. Once we relax and get into our zone, we’re unbeatable.” Warren said.

Southside senior Christian Brinkley also made the most of his senior night, he put the bat on the ball in every at-bat, picking up a big RBI-triple in

The Seahawk freshman looked as if they wanted to send the seniors out the right way, as Shawn Gerrard piled up four RBI on his 3-for-4 night at the plate with a run scored.

“It was good, we had to get payback for last time and this game was crucial for us if we want a shot to get into the playoffs,” Gerrard said.

Northside (6-15, 4-7 CP 1A) couldn’t quite get things going on the mound or at the plate, despite Cameron Craig going 3-for-4 with two runs scored, they weren’t able to grab the lead. The panthers scored two runs in the third to tie the game at 3-3, but Southside answered back with seven runs in the bottom of the third and fourth innings to put the game away.