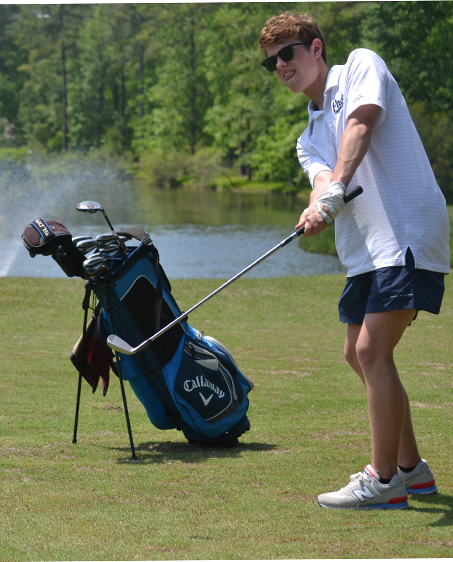 CHOCOWINITY — The Washington Pam Pack are preparing for the East Carolina regional golf tournament by holding a practice round at Cypress Landing golf course in Chocowinity Tuesday afternoon.

All of the golfers were excited about the upcoming regional. Paul said he was feeling good heading into Monday.

“The swing feels good, I am hitting the ball great,” Paul said. “Just need to work on my game around the green, that’s where the strokes really count.”

Head coach Jim Kozuch is fired up to bring his five golfers to regionals on Monday.

“We take the top five averages from throughout the season and they will go to regionals,” Kozuch said about how he determines goes to regionals from the team. “Our scores have been good enough this year to make it state, however, we just need four good scores. We definitely have the potential to make it (to state).”

Junior golfer Tucker Davis was playing his final round of the season, he won’t play in the regional, but is preparing to be there next season.

“I’ve hit some good shots and some bad ones today,” Davis said about his last outing of his season. “I have to improve my putting and my short game.”

The Pam Pack golfers were excited about being on the course, as coach Kozuch put it, “We’re just out here having some fun before we head to regionals.” 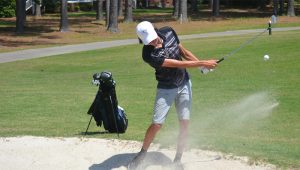 OFF THE BEACH: Pam Pack senior golfer Jackson Cournoyer lifts the ball out of the sand and onto the green Tuesday afternoon at Cypress Landing. (Mitchell Thomas / Daily News)

The 2-A East Carolina regional golf tournament will begin Monday morning at Wedgewood golf course in Wilson. First tee-time is set for 9 a.m.