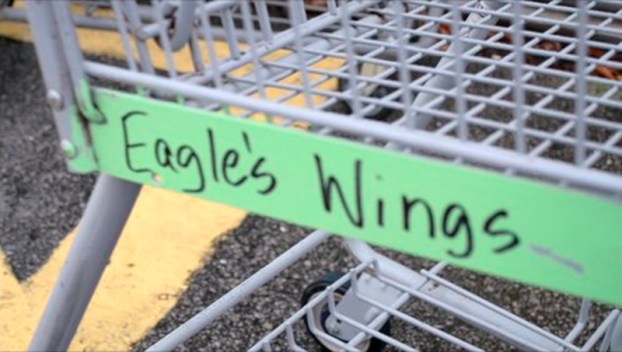 Addressing hunger in Beaufort County is an everyday battle, and for 30 years Eagle’s Wings Food Pantry has been at the forefront of that fight. On April 25, the organization celebrated three decades of making a difference and the dedicated volunteers who make that work possible.

“We had over 15,500 hours of volunteer service last year,” Eagle’s Wings Executive Director Ann-Marie Montague said. “These people come all the time, they show up willingly and are just so caring with clients. There’s something special going on, and it’s not just the food.”

The story of Eagle’s Wings began with an interfaith council made up of church members from multiple denominations. In the late 1980s, the council was looking at ways that they could address needs in Beaufort County.

“At one of their meetings, they were discussing how they could improve the lives of people in Beaufort County,” Montague said. “They had a list of different areas that needed help, but knowing that they couldn’t be all things to all people, they decided to focus on one area they felt they could make a difference, and that was hunger and food insecurity.”

By December 1989, Methodists, Baptists and Episcopalians were distributing bags of food out of the basement of Trinity Episcopal Church in Chocowinity. After many moves and some lean years, the organization purchased the building where it now resides on West Third Street in 2007. To this day, it remains an ecumenical effort, with churches of all denominations offering support through volunteerism, financial contributions and food drives.

For Montague, who started at Eagle’s Wings five years ago, the work the organization does offers a chance for hands-on ministry that truly makes a difference in people’s lives.

In addition to feeding more than 3,000 individuals at the pantry on West Third Street during its Tuesday distributions, the group delivers to 80 homebound clients on a monthly basis, provides backpacks of food to 140 students to take home on the weekend, gives out food items for infants and toddlers and offers satellite services in Edward and Aurora to more than 50 families each month.

At the heart of making all of that happen, volunteers are key.

“Every volunteer counts,” Montague said. “Every volunteer is a piece of Eagle’s Wings. No matter how big or small the job is, it needs to be done, and they do it. They’re wonderful, wonderful people.”

To learn more about how to support the organization’s mission, visit www.eagles-wings.org/take-action.