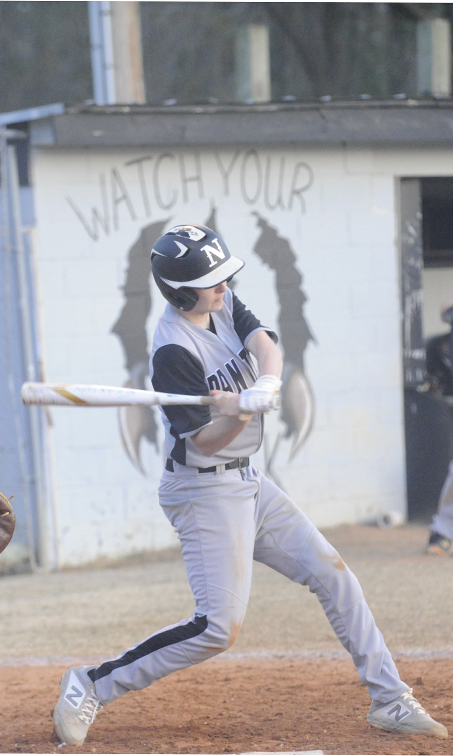 PINETOWN — The Panthers seventh inning rally was just shy of pulling off the comeback, falling to Jones Senior, 7-6, Thursday on senior night.

The Panthers got off to a rocky start, as the Trojans scored two runs in each of the first three frames to build a 6-0 lead. In the bottom of the third, Tyler Modlin reached on a walk, Douglas Dixon singled, then Matthew Adams and Dawson Boyd drove in runs with RBI singles to cut the deficit.

Ryan Cornelius came in for the Panthers in the third to pitch and held the Trojans without a run until the seventh inning.

After Jones Senior scratched across one more run in the top of the seventh to increase the lead to 7-3, things got interesting. A lead-off walk and a couple of singles loaded the bases with no outs for the Panthers. Carter Boyd came to the plate and laced an opposite field triple down the right field line to score three runs.

On the ensuing at-bat, a fly ball to right field was seemingly deep enough to get the runner home, but a one hop throw to the Trojans catcher who was straddling the third base line blocked the plate and tagged the runner for the second out. The next batter struck out to end the ball game.

Panthers’ Dawson Boyd is the lone senior on Northside’s baseball team after an injury to Austin Newman, but despite the loss he was happy he was able to get closer to the group he played with this season.

“It’s been an awesome experience,” Dawson Boyd said about his four years at Northside. “We had a big group of seniors last year and I knew I was gonna come back to a young team this year. We might not have had the best winning year, but in my book it’s still one of my best seasons.”

Dawson Boyd plans to further his education, choosing to go to North Carolina State University next year to take up agriculture.

Head coach of the Panthers Keith Boyd was disappointed with the result but is excited for the future of his young team.