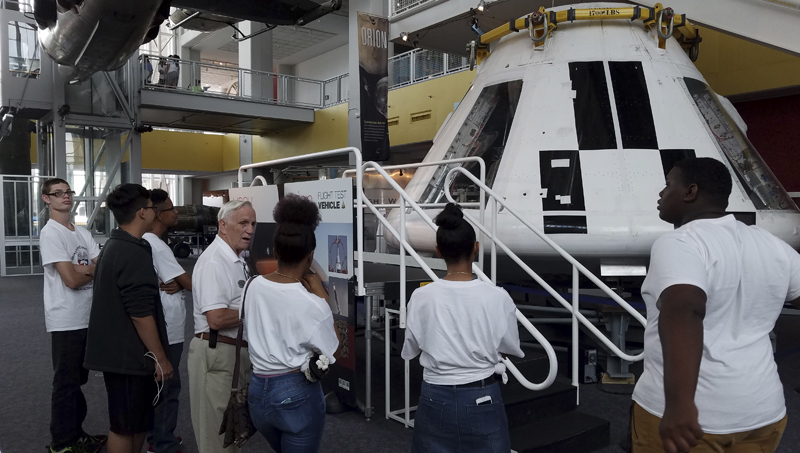 With summer just around the corner, Inner Banks STEM Center is preparing for its annual camps for kids and youth, and the organization is expanding its offerings and making new partnerships to advance its mission.

Doubling its capacity, the organization will now offer two separate two-week camps for boating and aviation for middle school students, as well as a higher-level aviation course for high school students in August. Of the students who participate, some will have the opportunity to go on to a third week with Little Washington Sailing School.

“I would like the public to know that we are here to afford their kids every opportunity to be all they can be in life, regardless of (what) their economic or family situation might be,” said IBX STEM Center President Al Powell. “That mechanism would be through education.”

Adding to the diversity of the IBX STEM Center camps, the organization has partnered with the Washington Heels Elite AAU Basketball team led by John Lampkins. For the first time, athletes from that program will also be enrolled in the STEM-focused camps offered by IBX STEM.

“He’s going to start recruiting kids from his basketball program to attend our summer camps,” Powell said. “So for the first time in history around here, we will have a STEM program and an athletic program partner up to provide these kids STEM and athletic exposure to make them more successful in life.”

With the option to attend the aviation and boating camps, the kids will participate in the camp activities during the day, followed by basketball in the evenings.

Other camp participants will be selected based on referrals from Beaufort County Schools, faith-based organizations, the AAU basketball team, the Boys & Girls Club and from a pool of some returners. Powell said there is also a standing offer for any other organization that works with children and youth. A number of students from the JROTC programs at Northside and Washington high schools will fill out the ranks of the high school camp in August.

Looking ahead to the fall, Powell says one grant in the works could allow the nonprofit to establish after-school robotics program community sites throughout the county.

The nonprofit IBX STEM Center is supported through a variety of funding sources, including the Burroughs Wellcome Fund, the N.C. Department of Transportation Aviation Division, Grady White Boats, Beaufort County United Way, the Wells Fargo Foundation, Beaufort County and the City of Washington. For more information on IBX STEM Center, contact Powell at 609-412-9743.