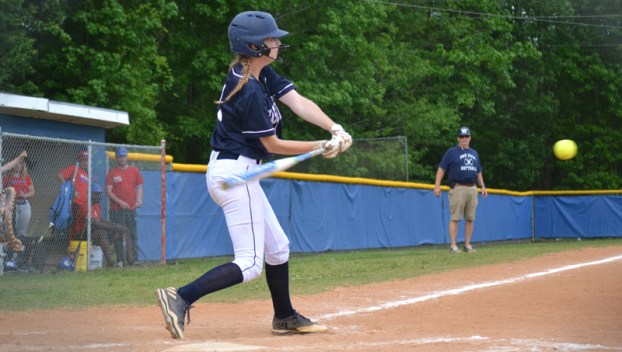 VANCEBORO — Behind the pitching of Abby Tucker and a team full of hot bats, the Washington Pam Pack have finished the regular season undefeated and the number one seed in all of 2-A NCHSAA softball after defeating West Craven, 13-0, Friday night in Vanceboro.

The Pam Pack got it started early by scoring three runs in the first inning, and despite a relatively quiet second, they exploded for nine runs in the third.

Washington senior Sydney Keech led the team with four RBI’s in the ball game, going 3-for-3 with three singles and a couple of runs scored. Emme Davis went 2-for-3 in the ball game with a double for two RBI’s and three runs scored, she was excited about her team’s chances in the playoffs.

“It feels good to be conference champs, and going into the playoffs really strong,” Davis said. “We’ve been struggling with pitch selection (at the plate), the level of pitching is going to go up in the playoffs, and we need to be ready for that.”

This Pam Pack team has guts, they have fought back from every deficit they’ve encountered this season and keep finding ways to win. Head coach Doug Whitehead is proud of his team’s efforts this season.

“We’ve been winning some games with four, five and six hits. It’s been because we’ve played good fundamental defense for the most part, and when you have somebody like (Tucker) on the mound, we just need a couple runs on the board for her,” Whitehead said. “We’ve got a target on our back, being the number one seed comes with a lot of pressure.”

The junior starting pitcher, Tucker, has pitched in the vast majority of games the Pam Pack have played this season. In this year alone, she’s posted a 1.16 ERA in 18 starts, with 16 wins. In 109 innings pitched this season, she has 145 strikeouts, only issuing 12 walks. 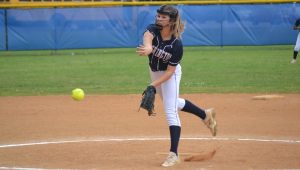 FLICK OF THE WRIST: Washington’s Abby Tucker has been a huge part of the Pam Pack’s success this season. She dominated again at West Craven on Friday in the 13-0 victory. (Mitchell Thomas / Daily News)

“We’ve just been really positive as a team, we’ve had some really great defense and offense,” Tucker said. “We just need to keep our hitting alive, stay positive and keep working well together.”