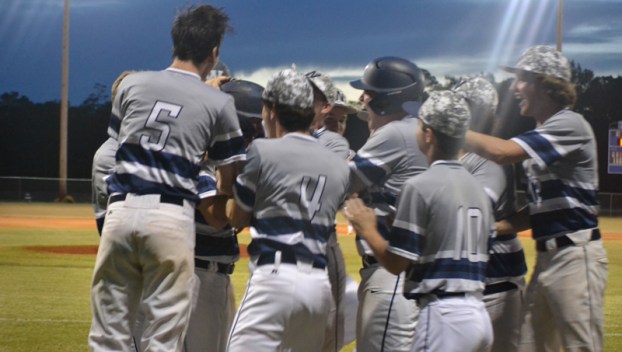 Spring athletics season has come and gone in a flash, but this particular season, the Pam Pack may try to hold on to for a bit longer. Washington High School athletics this spring has been impressive. They keep winning, and almost came away with a clean sweep of conference titles in this 2019 spring semester.

Current Athletic Director and head football coach at Washington, Jon Blank, has served his position since April of 2015. Recently, he expressed his excitement about the state of the program after the Pam Pack baseball team clinched a conference Championship Friday night in Vanceboro.

“This spring and this whole athletic year have been incredible for Washington,” Blank said. “A (few nights) ago, our girls track team won the title and our boys took second. Now, our soccer, baseball and softball teams all locked up their titles. That’s after our golf team doing the same thing a couple of weeks ago.”

Blank seemed to be the obvious choice to fill the Athletic Director role in 2014. Blank’s vision then, was to encourage good grades and increase freshman interest, where success is sure to follow. That vision has since come to fruition.

Now, heading into the playoffs, Washington’s baseball, softball and soccer teams are all hosting playoff games this week while Pam Pack golf advanced to the state championships after qualifying in regionals on Monday. The tennis team made a trip to regionals this past weekend as well, but fell short in the first rounds. 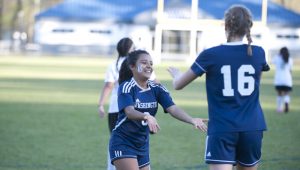 Washington is looking to earn yet another Wells Fargo Conference Cup, which is a collection of standings and records within each North Carolina High School Athletic

Association conference. In most conferences, points are awarded based on participation and standings in conference play, but each conference determines its own method of awarding points, according to HighSchoolOT.com.

“It’s special to win just one Wells Fargo Cup, but this will be our fourth in a row and our fifth in six years,” Blank said. “Washington athletics is on to something really special right now.”

There’s plenty of opportunities to catch the Pam Pack in action this week, as a win on Tuesday for each of the teams, will play again on Friday and into next week if they continue to win.