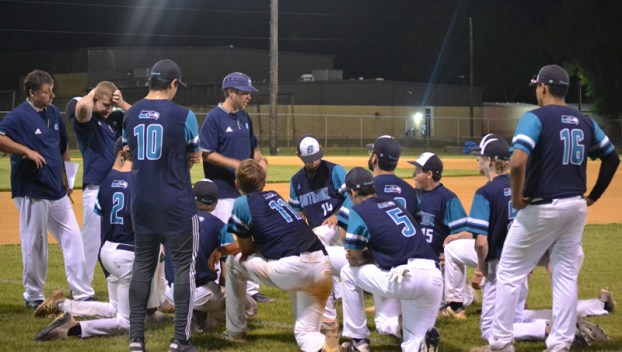 Head baseball coach at Southside High School, Kevin McRoy is stepping down from his duties as baseball coach after six years in the position. The Southside baseball program has only been going since 2009, and McRoy has coached since 2013.

After the baseball team’s record in the 2012-13 season was a modest 4-18, coach McRoy turned it around the next season in his first year, doubling the team’s win total. In the 2016-17 season Southside won a program-high 12 games.

One of coach McRoy’s biggest memories he’ll hold on to came this season in Chocowinity.

“Beating our rival, Northside, this year on senior night and my last game coaching on our field was truly something special,” McRoy said.

Outside of this season, he had another great memory against a non-conference opponent a few years ago.

“We were playing Lejeune and were up, lost the lead and allowed them to come back and tie it up late. I sent Wil Mumford on a straight steal of home to win the game by one. That was a call that I was a little nervous to make but went with it anyways and it worked out,” McRoy said.

In McRoy’s final season, the team was in search for the program’s first state playoff win, but fell short to Hobbton on Tuesday night.

“We didn’t come out aggressive enough. Hobbton had a good pitcher who was able to keep us at bay with his fastball and curve. They came out aggressive at the plate,” McRoy said. “The seniors from this year’s team will be truly missed and I feel like have left the program in a better place.”

Senior Kevin White was very thankful to have McRoy as a coach the last four years at Southside.

“I really enjoyed having him as a coach. It was always easy to laugh and crack jokes with him, but it was a special four years.”

This season, the Seahawks finished 10-12, going 6-6 within the conference. McRoy is leaving the team with some talent. However, he is taking this opportunity to spend more time with his two daughters at home.

“The last six years have been amazing. To see these young men grow from their freshman year to their senior year has been something that I will never forget. Over the years, I have had the opportunity to coach a number of guys. Each and every one of them mean something special to me,” McRoy said.

Despite only being there for two years of McRoy’s six-year tenure, rising junior Logan Langley also showed appreciation for his coach.

“I’ve enjoyed his drive to win games, and him teaching us to be better people outside of baseball,” Langley said. “He has made my two years a blast and I am definitely going to miss him.”

In McRoy’s final farewell as head coach, he had a lot of people to thank for his coaching career.

“I would like to thank Mr. Anderson and Coach White for trusting me with leading the baseball program six years ago. I would also like to thank former Southside baseball coaches, Coach Carrow and Coach Lewis, for their support and guidance. I cannot say enough about my assistants over the years, Coach Dixon, Martin, and Folk. They’ve kept me level headed and would calm me down when needed.”

WASHINGTON — It was much of the same for the Pam Pack softball team on Tuesday evening as they used an... read more