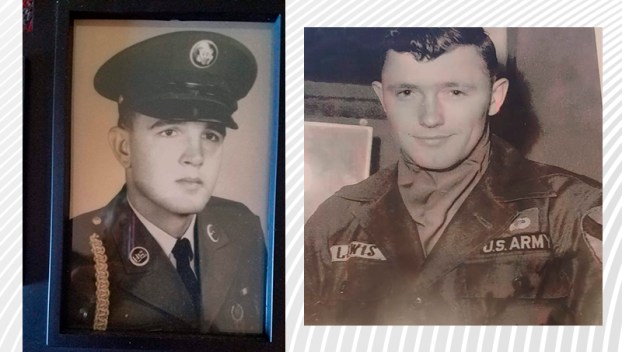 A day to remember

More than 1.1 million men and women have died in wartime throughout the span of our nation’s history. To put that in perspective, that’s more than the populations of San Francisco, Boston, Seattle or Washington, D.C.

These numbers should truly humble us, as they represent people — individuals — who were brothers, husbands, mothers, sisters, friends. These were people woven into the fabric of communities across the nation. They were loved. They were mourned. And they were missed.

It is easy — human nature, in fact — to overlook the tremendous sacrifices made by the nation’s military on our behalf. Understandably, we are all consumed by the stress and rapid pace of everyday life, and rarely do we have the time to focus on how or why we are able to live as we do.

As Franklin D. Roosevelt once said, “Those who have long enjoyed such privileges as we enjoy forget in time that men have died to win them.”

Many Americans have no direct tie to the military, and fewer still — less than 1% of the population — are currently serving. But each Memorial Day, we have a chance to reconnect to the genesis of the innumerous freedoms we enjoy. It is an important day on which we ground ourselves to the reality that every Gold Star Family knows: Our way of life has been shaped and made possible by those who have served — and by those who were lost.

Just this past March, the president posthumously awarded the Medal of Honor to Army Staff Sgt. Travis Atkins of Bozeman, Montana, who was killed in action in Iraq on June 1, 2007.

Atkins — a true hero — died shielding three of his fellow soldiers from a suicide bomber’s detonation.

His mother, Elaine, who attended the Medal of Honor ceremony, recalled traveling to Fort Drum for the deployment ceremony before her son left for Iraq. She said, “You know, a parent always realizes that some of them are not going to come back.”

While service members and their families understand and accept the risks they take by serving our great nation, nothing can fully prepare a survivor for that knock on the door. This is the reality of military service, and this is what we take to heart on Memorial Day: We are able to be here today largely thanks to those who are not.

I encourage you to get to know those stories within your own neighborhood. I think you’ll be amazed at the courage and selflessness you will find.

In fact, the brother of Fonda L. Gautier and Deedee L. Leggett of Washington, was Killed In Action (KIA) during the Vietnam War. Gary Hoyt Leary, born Sept. 11, 1947, grew up here in “Lil Washington.” He graduated from Washington High School and attended College of the Albemarie in Elizabeth City. Gary joined the U.S. Army in November 1967. Private First-Class Leary began his tour in February 1968 as a 11B, Infantryman. PFC Leary was killed by multiple fragmentation wounds on May 17, 1967, while under hostile fire. Months after his death, his family found the headstone that he had made before he went to war. On the smooth, white marble, the words read, “A Man Died Fighting, Every Inch A Man.”

Sergeant First Class Charlie Gray Lewis, brother of Linwood Lewis, was born October 20, 1936, and lived in Beaufort County growing up. He served in the U.S. Army and started his tour in South Vietnam on May 7, 1967. Ten days later during a combat mission, his Armored Personnel Carrier detonated a pressure-type mine. The explosion caused the APC to overturn, pinning SFC Lewis under the vehicle. The vehicle was engulfed in flames, so his team was unable to get him out to safety. Once the fire was contained, SFC Lewis’ remains were never found. Since his remains were never found, he is considered Missing In Action, a hostile casualty, who died while missing.

American men and women in uniform are still putting their lives on the line every day, and we are still seeing military casualties in 2019. Let us work together with friends, neighbors, veterans’ groups and entire communities to ensure that the sacrifices made by our nation’s finest and bravest never go unappreciated and that their memories are never forgotten.

I had a sample come into the office this week that was just a disgusting mass of yellow goo found... read more