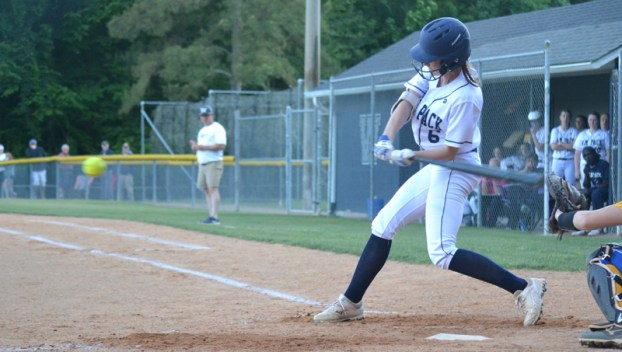 Washington softball slides into fourth round

WASHINGTON — The Pam Pack hosted a first inning hit parade, as they scored 15 runs in the first frame to down Richlands, 16-1, Tuesday night at Washington.

The Wildcats scored in the top of the first inning to take a 1-0 lead, but the Pam Pack came out ready to hit the ball.

Emme Davis roped an RBI-double in the first inning to begin the onslaught. She would finish 3-for-4 with an RBI and two runs on the evening.

Kaylee Elks came to the plate with runners on second and third. Elks found a gap to score Sydney Keech and Mary Emma Holscher to jump out to a 5-1 lead. 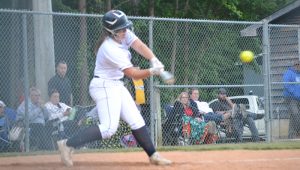 Two more runners reached base for Summer Campbell, as she took a belt-high fastball to the deepest part of the yard for a three-run homerun. She would have four RBIs on the evening.

“Once we start hitting, we don’t stop,” Campbell said. “(My homerun) felt amazing. I haven’t hit one all season. That’s the first one.“

The Pam Pack (22-0) weren’t done in the first inning. Abbi Tucker would step in the box with two runners on base. She would knock a double to left-center field that scored two more runs. Tucker would end the day 2-for-4 with three RBIs and two runs scored. She also pitched another complete game on her way to her 20th win of the season in the circle.

Pam Pack senior Lily Wright hit her second homerun of the season in the first frame, this time a three-run shot over the left-center field fence to increase the Pam Pack lead to 13-1.

“We’ve just been really pumped up to hit the ball. Our confidence is up,” Wright said. “We just have to keep hitting it, (going forward) because, I mean, our defense has always been really good. We’ve won games with like four or five hits this year, so we need the bats.”

“Hitting is contagious,” Whitehead said. “When one starts hitting, they all start hitting. We just had a humongous, major first inning and that was enough. I think we relaxed a little bit after that, but we still came back and scored again.”

The Pam Pack is moving on to the fourth round of the 2-A state playoffs. If they advance Friday, they will participate in a best-of-three series next week in which they will host two of the three games if it becomes necessary. They will host East Randolph (22-4) Friday night. First pitch is set for 7 p.m.