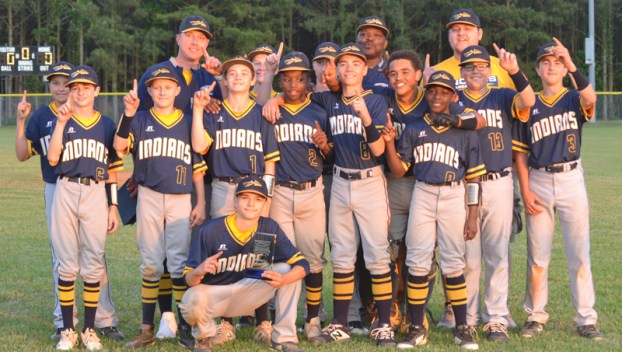 PINETOWN — The 11th-annual “Brawl” was held at Northeast Elementary School on Tuesday and Wednesday afternoon. The Bath softball team defeated Northeast to win the softball championship, while Chocowinity defeated Bath, 3-2, on a walk-off run that was scored following a throwing error.

“It’s fun to be able to come out here and have one little last hoo-rah and actually play for a trophy,” Chocowinity head baseball coach Alan Swain said after winning the Brawl for the second-consecutive season.

“Guys in the field made some great plays,” Hill said. “My fastball was working pretty good and my changeup. Slider was a little off today, but we got the dub.”

Hill will head to Southside High School next season, while his teammate and catcher Jamie Corprew will have one more year at Chocowinity.

“It was a blessing to win (this tournament). The coaches helped us out. They spend a lot of time and effort with us. This is our way of paying them back,” Corprew said about the walk-off win.

Despite the loss, Bath head coach Tony Mirabella was proud of his team’s efforts this season.

“I had the privilege of coaching a great group of young men this year. I am very proud of them. To go from 5-9 last year to 11-4 this year is a testament to their hard work and commitment,” Mirabella said. “As long as they keep God first and build off what they accomplished this year they will continue being successful in high school and in life.”

On the other side of the fence, the Bath softball team ended its season going undefeated after an 11-0 win over Northeast. 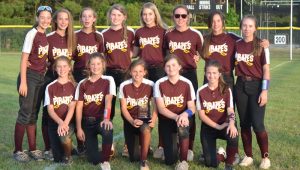 TEAM-EFFORT: Bath Elementary School took home the first-place trophy after completing its undefeated season with a win in the championship game of the “Brawl” on Wednesday afternoon. (Mitchell Thomas / Daily News)

“(Our season) has been great,” head coach Heather Gibbs said. “When you win every game by 10-plus runs and are able to put subs in and be confident they’ll play just as well as your starters, it’s been phenomenal.”

“I was happy (to win the tournament),” Bath catcher Hannah Baker said. “We had a really good season.”

Pirates’ eighth-graders Karly Harris and Hannah Black will both be attending Northside High School next year to continue playing softball. While Baker will be a member of the Pam Pack next season.

The Northeast Cougars were the runner-ups on the softball side of the brawl. Head coach Ta-Keem Crandell was pleased with the team’s second-place finish in the conference and in the tournament. He will lose six eighth-graders from his team this year — Dejane Topping, Logan Dail, Natalie O’Neal, Avery Smith, and Jean-Grace DeHoog. They will all attend Northside next year.

“It was good,” Topping said about her team’s season. “We made some mistakes but we all came back together as a team.”

TEACH baseball and Northeast played a consolation game on Wednesday, with the Cougars late rally falling short in a 13-10 loss. However, Cougars’ first baseman Elijah Holloway had two big RBI-singles in the contest.

“It’s my last season playing as a Cougar. I could at least try and do a little better and give us a little bit of motivation,” Holloway said. 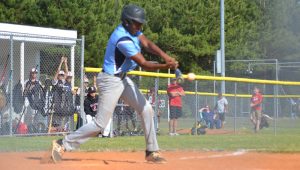 On TEACH’s side, starting pitcher Avery Martin said he needed to “work on his pitching” since teammate Will Grimes won’t be playing next season, but he prefers playing shortstop.

“I just need to work on conditioning my arm,” Grimes said about what he needs to improve for next year on the high school team.

The tournament was successful through the eyes of Northeast head coach Pooh Woolard — Who also hosts the brawl every year — He says he looks forward to another successful tournament next spring.