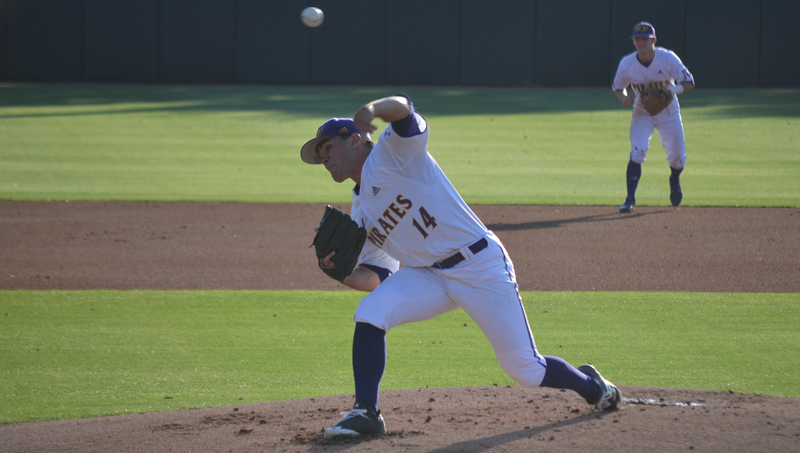 Agnos (9-2) hurled 10 strikeouts in his five scoreless innings pitched. He has now thrown 30.0 consecutive innings without allowing a run. Agnos set a new school and American Athletic Conference record with 124 strikeouts in a single season. The previous owner of the ECU record was Larry Crayton, with 119 strikeouts in the 1961 season. Agnos also beat out Louisville’s Kyle Funkhouser for the AAC record, who had 122 strikeouts in 2014.

The ECU (41-12) offense showed up for Agnos’ record-breaking evening. After Memphis’ (26-25) starting pitcher Danny Denz began the game throwing nine consecutive balls, the Pirates took advantage. With Bryant Packard and Brady Lloyd on first and second, Spencer Brickhouse popped a ball up between the pitcher and shortstop that fell for an infield single to load the bases. Turner Brown and Jake Washer would both collect two-RBI singles in the inning to gain an early 4-0 lead.

After being held scoreless in the second, the ECU bats were back at it in the third. Jake Washer blasted a home run to right field, his 10th on the season. The Pirates would go on to score nine runs in the third inning to take a 13-0 lead. 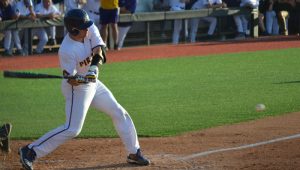 GOOD-OUTING: ECU’s Jake Washer hits an RBI-single in his 3-for-4 day with a home run. The Pirates defeated the Tigers 19-10 on Thursday night at Clark-LeClair Stadium. (Mitchell Thomas / Daily News)

Most of the Pirates starters would end up exiting the game early, with the top three batters in the ECU lineup — Packard, Lloyd, and Brickhouse — leaving to begin the fourth frame.

In the bottom of the fifth, the Pirates tacked on four more runs. Ryder Giles hit an RBI-double to the right-center field gap to score Washer. A couple batters later, Connor Norby would hit his first career home run. His three-run shot to left field gave the Pirates a commanding 17-0 lead. 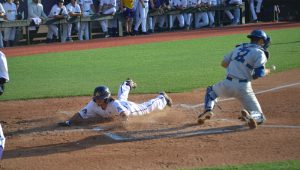 Agnos would earn the win, despite leaving the game after the fifth inning.

Memphis put 10 runs in the final three frames, but they couldn’t muster up as many as the Pirates produced.

The Tigers, as well as most other teams in the AAC, will have to win the conference tournament next week held in Clearwater, Florida to have any chance at a regional birth. However, the Pirates are on the bubble to host a regional for the second year in a row, and the third time since 2009.

ECU has already clinched a regular season AAC championship. Heading into next week, ECU has secured a spot in the 64-team NCAA regional field for the 30th time. They have only made it to a super regional four times, without ever reaching the College World Series. Last season, ECU was ousted in the Greenville regional by losing to South Carolina and UNC-Wilmington.

The Pirates look to change their luck this post-season, as they’re on the brink of hosting regionals in back-to-back years. ECU will wrap up their regular season tomorrow with a 1 p.m. first pitch against Memphis.