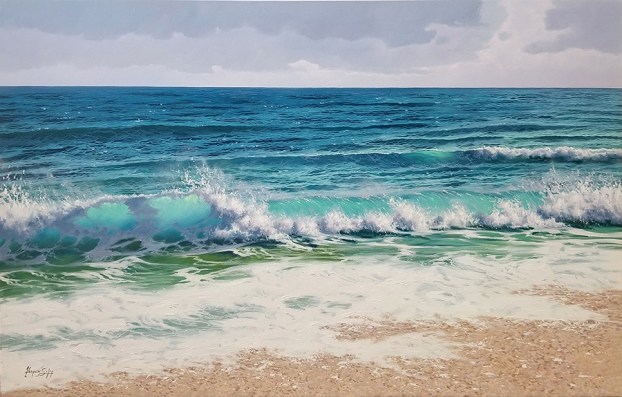 The beach can be the most relaxing place on the planet for many people. Sitting in a chair while the water rushes up and sinks you a little deeper in the sand, usually a cold drink in your hand, watching and listening to the sweet sounds that come with the ocean. It’s majestic. But how nice it is, doesn’t make it any less dangerous.

The ocean doesn’t care about your age, what you look like or if you can swim or not. It’s important that when you take a trip to the beach to one of the beautiful beaches along the coast of North Carolina this summer, take note of the warning flags, because you don’t want to be the next statistic.

Annually, about 100 beachgoers die from dangerous rip tides and currents throughout the country. Almost six months into this year, there have already been five people who have lost their lives on North Carolina beaches. This includes two Wake Forest High School students, a U.S. Marine stationed at Camp Lejeune, and a man diving in to save his girlfriend’s son, neither of whom survived. Just this past weekend, four swimmers were pulled from the ocean off the coast of Emerald Isle; one was in serious condition and transported to a local hospital.

The latest situation in Emerald Isle, yellow warning flags were being flown on the shore. This signifies that the surf is rough, but usually not life-threatening, dangerous undertows or riptides could occur and swimmers should use extreme caution.

There are multiple universal warning flags to be aware of — Red, yellow, green, blue and purple. Double red means don’t swim, because it’s too dangerous. One red, use extreme caution if you get in the water. Yellow is less concerning, but still proceed with caution. Green typically means it’s all clear, however, the ocean’s surf can change at any moment. Blue and purple flags signify either sharks, jellyfish or other dangerous marine life has been spotted in the water. If you don’t know what a flag means, ask your closest lifeguard on the beach this summer.

We in eastern North Carolina have the luxury of only being a short distance from the beach. Just make sure you’re aware of your surroundings, take note of the warning flags and lifeguard placements. Enjoy your time at the beach, with care.

It’ll be there when you get back

Flashback to fourth grade, it’s just after lunchtime and the teacher yells, “Recess!” All the kids in the class would... read more