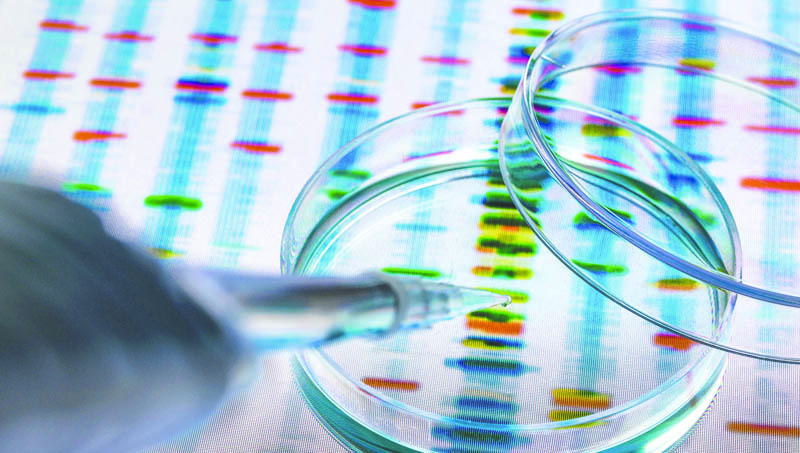 Maureen Hickman is no stranger to assisting in animal attack investigations — she’s an instructor with Western Carolina University’s Biology and Forensic Science Program. She’s also the scientist who assisted the Beaufort County Sheriff’s Office in testing DNA samples during the investigation into the death of Brenda Hamilton.

Hickman said while the lab at Western Carolina University is primarily in the business of teaching, the university has provided assistance in animal attack cases in the past.

“Our lab is not accredited to do investigations in human-perpetrated attacks or offenses, but we have done some wildlife-related cases in the past,” Hickman said. “Particularly, I’ve done some work with the Great Smoky Mountain National Park in helping with some of their bear attack cases. I’ve also worked with the North Carolina Wildlife Resources Commission in bear attack cases.”

Due to the severity of the attack on Hamilton, investigators initially suspected a bear might have been responsible, leading them to call on Hickman’s expertise. The North Carolina Wildlife Resources Commission was the first agency to contact her the day after the attack and delivered some of the physical evidence to the WCU lab. After initial testing seemed to rule out a wild animal, the BCSO became the lead agency in the investigation.

Hickman says there were two types of DNA examined during the course of her testing. Nuclear DNA contains genetic material from both parents of an animal, allowing geneticists to match that DNA to a specific animal. This type of DNA was recovered from Hamilton’s shoes and jacket, and was matched to two neighborhood dogs found at the scene the morning of the attack — neighborhood dogs that often accompanied her on her morning walks.

“That generates what we call a DNA profile or DNA fingerprint,” Hickman explained. “So that can be pretty much definitively matched to a specific individual. That’s the type of testing I did first.”

Those two dogs were quarantined for 10 days after investigators found trace amounts of human blood in their mouths, which BCSO investigators believe happened when the dogs approached Hamilton after the attack. Beaufort County’s Dangerous Dog Committee later declared those dogs “not dangerous” during a meeting, and investigators do not believe they were responsible for the attack.

Mitochondrial DNA, meanwhile, contains only genetic material from the mother of an animal. Therefore, it cannot be matched to a specific animal, but rather can be used to determine the species that left the DNA behind.

During the course of the testing, which spanned nearly two months, Hickman says the U.S. Fish and Wildlife Service Forensics Laboratory in Ashland, Oregon, assisted her office by providing genetic sequences for the testing mitochondrial DNA recovered from Brenda Hamilton’s clothes, body and a dead nutria found at the scene of the attack, which some suspect a wild animal might have been feeding on as Hamilton approached on her walk.

“That’s where I was able to search what I got from that sequence to find out what species,” Hickman said. “It should work with dogs, coyotes and red wolves and then you can search what you get against the database.”

Those DNA samples only matched up to domestic dogs, but even then, an attack by a coyote, red wolf or hybrid animal cannot be ruled out. That Hamilton was found in a ditch, immersed in water from the shoulders down, means other DNA evidence might have been lost in the water, according to investigators.

“I feel bad that I can’t provide more answers, but you can’t make the data say more than it does,” Hickman added. “All I can really say is that I have found no evidence for anything besides domestic dog.”