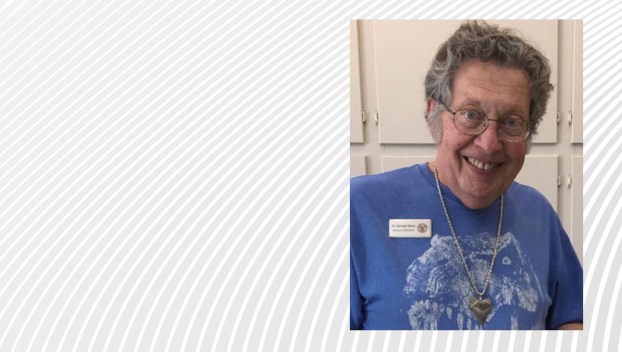 Since he was a child, Dr. George Oliver Jr. has had a lifelong fascination with fossils. From being exposed to the remains of ancient organisms as a child to volunteering the past 12 years at the Aurora Fossil Museum, Oliver has always enjoyed sharing his passion for fossils with others, and he will have the chance to do so on a grand scale this weekend.

Oliver has been named the 2019 Fossil Master for this weekend’s Aurora Fossil Festival, during which he will serve as master of ceremonies and be a guest of honor for the weekend’s festivities.

“My dad was a chemist, and during World War II, he went to Illinois to work in a Dupont munitions plant near Joliette, Illinois,” Oliver said. “Not far from where he worked, there was a coal mine, and when he had time off, he would go out to the coal mines, look in the piles of materials at the coal mine and find fossils.”’

Among the elder Oliver’s finds were gorgeous fern fossils and other flora native to prehistoric Illinois. When the family moved back to North Carolina after the war, the fossils came with them. Oliver recalls the specimens were kept in a large display case in his home as he was growing up.

“I kind of grew up around those fossils and would take them to school and show the teachers,” Oliver said. “So I’ve always kind of been fascinated by them.”

After high school, Oliver attended school at University of North Carolina–Chapel Hill on a Morehead Scholarship. Earning his medical degree, Oliver went on to serve in the U.S. Navy before establishing the only OB-GYN practice in Carteret County in the mid-1970s. Over nearly 40 years, he delivered thousands of babies and helped countless women in his solo practice.

In his office, he kept a display of fossils, many of which were the same ones his dad had unearthed in Illinois. Always eager to talk about the collection, when he found out about the Aurora Fossil Museum in the late 1990s, he was hooked.

“I started working here on Fridays and Saturdays the last two years that I practiced, so I’ve been working at the fossil museum for almost 12 years,” Oliver said.

When he closed his practice in 2009, he found even more time to devote to the museum. Today, he drives from Morehead City four days a week to share his passion for fossils with visitors to the museum.

“Both my parents were teachers — my mother taught first grade and daddy taught chemistry at N.C. State — so now I’m teaching, which I never really did before,” Oliver said. “It’s really fun, because for most of the kids, they’ve all seen ‘Jurassic Park,’ so they’re interested in dinosaurs. I think kids are naturally interested in paleontology.”

Oliver will be recognized Friday evening at 6 p.m. during the opening ceremonies for the 2019 Aurora Fossil Festival.

A internet outage that interrupted services in Washington on Wednesday morning was caused by a stray bullet on West Seventh... read more