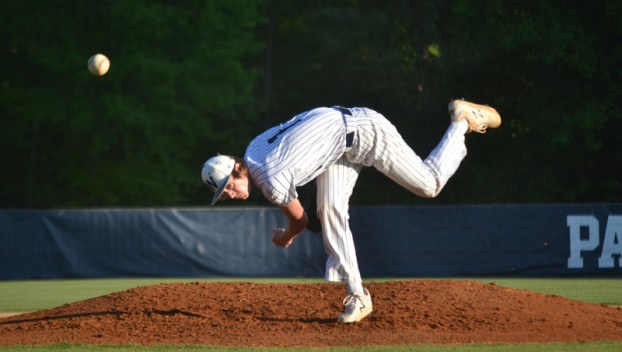 RANDLEMAN — A phenomenal season for the Washington Pam Pack came to a close on Thursday night after losing to Randleman, 10-0.

The Pam Pack held strong for three innings, but the hard-hitting Randleman Tigers strung hits together late as they move on to the state championship series next weekend.

This baseball season really turned into something special for the Pam Pack. Of course, they all wanted to advance into the state championship, but they can still be proud of the product they put on the field all year long.

It’s not easy to win 20 games in a baseball season. Everybody on the team has to be locked-in on the mound and at the plate every game, and the Pam Pack did that. Not only should they be proud of themselves, all of Beaufort County should applaud their efforts.

The Pam Pack completed an incredible comeback in the midst of the playoffs; that was really the defining moment for their season. Washington’s grit, the no-quit attitude, and their determination to win will shine brighter than any loss on their schedule this season.

Down 12-3 to Ayden-Grifton in the second round of the NCHSAA state playoffs, Washington fought its way back to score 10 runs in the last three innings for the win. Simply, there was magic in the air, and it was quite something to be a part of.

Head baseball coach Kevin Leggett was pleased with his team’s effort and how far they got is a testament to their season.

“This has been a great season for this team, the school, and the town,” Leggett said. “They accomplished things that Washington baseball hasn’t accomplished in decades and they should all be proud. The senior class were the leaders of this team and they will all be tough to replace next year.”

The departing seniors — Logan Everette, Hunter Hall, Josh Evans, Wilson Peed, and Jeremiah Moore — will certainly be missed next season on both sides of the ball.

“This last season of mine was fantastic. Playing the game I love with the people I grew up with was a blessing,” Moore said. “I love those guys and we left everything we had on that field, and for that, I couldn’t be more proud of them.”

Moore plans to go on to Beaufort County Community College for a year and transfer to East Carolina University to study physical therapy.

A very solid group of young men can be proud of the season and all the accomplishments that came with it this year. They can hold their heads up high as they walk across the graduating stage within the next few weeks and out of the their high school for the last time.

Juniors and rising seniors — Brodie Moore, J.D. Swain, Zach Ambrose, Will Crisp, Tyler Rowe and Zeke Alvarez — will have to step up big next season to try and make a repeat trip to regionals.

Area football teams back to work