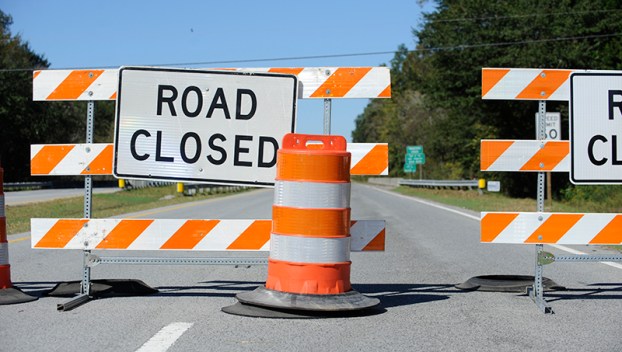 The railroad bridge project will require drivers to detour over the U.S. Highway 17 bypass for the 18 months the bridge is under construction. The bridge, built in 1941, has scored a very low sufficiency rating on NCDOT’s bridge inspections, performed every two years, Aman said.

“It’s a scoring system that we use: out of 100, that bridge was 48.9. That was considered an obsolete bridge,” Aman said. “It’s just an age issue. They’re at the end of their useful life spans.”

While the bridge was reconstructed in 1963 to accommodate more lanes on U.S. 17, it currently has a vertical clearance of 21 feet above the railroad tracks, which does not meet the state requirement of 23 feet. Aman said aging infrastructure is an issue across the state.

“These bridges — there’s lots of them, and a lot of them were built in the ’50s, so they’re either obsolete as far as the loads they’re required to handle and the width of them; they’re not designed to accommodate other (features) like bike lanes,” Aman said.

The U.S. 17 Business bridge over the Pamlico won’t have a detour, but traffic will be narrowed down to one lane in either direction for the six to 12 months the project is expected to take.

“Deck, asphalt, surface milling and resurfacing. This has some joint repairs, where the bridge contacts the road. The railing will be retrofitted; there’s going to be some concrete repairs to the superstructure — the actual part that we drive on — and the substructure, like the piles. There’ll be some concrete repairs there, as well,” Aman said. “It’s kind of a slew of things that needed to be done to the bridge that we’re finally getting around to doing.”

The bridge over the Pamlico was originally built in 1928; Aman suspects the drawbridge was added when the bridge was reconstructed in 1966.

“That’s an interesting bridge, with all that mechanical work,” he said.

That it’s interesting and approaching a century old means the state chose to repair rather than replace.

“If, for some reason, a bridge has any type of historical significance, that’s going to put it in the preservation category,” Aman said. “Age for sure. I would think the location, how it ties into Washington, how it separates the Pamlico River and the Tar River — that’s where it transitions. There’s a couple of things like that that put it in the (preservation) category.”

That both projects will be happening simultaneously means EMS and fire services will have to come up with some alternatives to ensure uninterrupted emergency services to the area between the two bridges. Alligood said first responders have encountered issues getting across the river during routine maintenance work on the U.S. 17 Business bridge.

“At least every month, they have to do maintenance on that swing span. There have been occasions in the past where they haven’t been able to get it closed again,” Alligood said, adding that on those occasions, the bridge has been closed to traffic for three to four hours.

With U.S. 17 Business closed off for 18 months at the railroad bridge replacement just a little farther south, if the U.S. 17 Business bridge closes to traffic, no vehicles would be able to access the area between the two.

Alligood said Washington may have to stage a firetruck on the south side of the river as a precaution. EMS would be less of an issue, he said, because helicopters could lift emergencies out.

“There’s just the potential, and what we have to be prepared for is worst case scenario,” Alligood said.

Aman will be giving a presentation about both projects at the Aug. 5 meeting of the Beaufort County Board of Commissioners.

The Betsy Bailey Nelson Animal Control Facility will be closed May 25–27 in observance of Memorial Day. Those interested in... read more