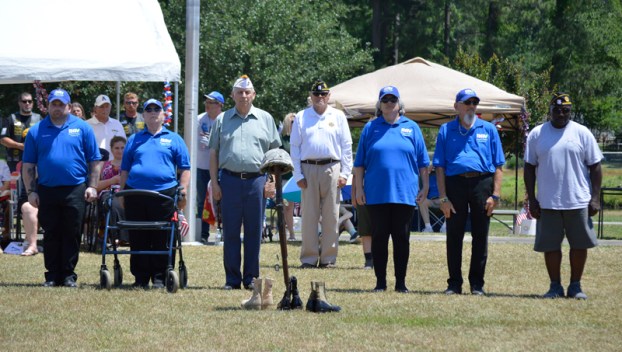 Their sacrifices are not forgotten.

At Veterans Park in Washington on Monday, hundreds of Beaufort County residents gathered to honor the memory of members of the Armed Forces who lost their lives in service to their country. Among their number were civilians, veterans and gold star families who had lost a loved one in combat.

“More than 1.1 million men and women died in wartime throughout the span of our nation’s history,” said keynote speaker Connie Mercer, NC Disabled American Veterans chaplain. “To put that in perspective, that’s more than the population of San Francisco, Boston, Seattle or even Washington, D.C. So as you can see, the sacrifices are great.”

Add to that the 2.8 million that have been wounded, injured or missing, and that number is greater than the population of Chicago. But behind these numbers, Mercer reminded the crowd that each of these service members killed were individuals with their own stories.

“They represent brothers, husbands, fathers, mothers, sisters and friends,” Mercer said. “These were people really woven into the fabric of your community. They made many, many contributions. They were loved. Not only were they loved, they were mourned, and they are also deeply missed. But most passionately, they are not forgotten.” 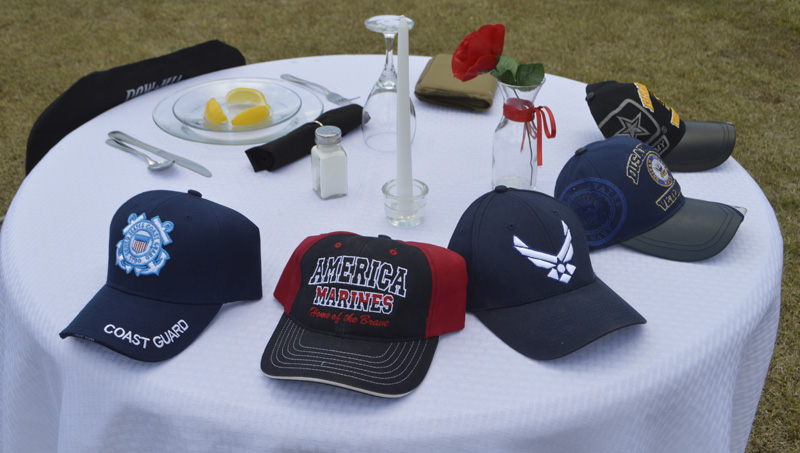 TABLE FOR ONE: A table set in honor of servicemen and women killed or missing in action stood as a focal point during the ceremony Monday. (Matt Debnam/Daily News)

One Gold Star mother, Becky Jones, the mother of Spc. Kevin Jones, shared her story of losing her son to an IED in 2005 in Iraq.

“My son, Cpl. Kevin McCray Jones, was one of these persons who cared enough about others to voluntarily serve this nation in the U.S. Army,” Jones said. “He followed his dad who served in the U.S. Navy for 30 years and his older brother, who was a former Marine. Each of these three men knew when they signed on the dotted line that he might lose his life. As we have engraved on the ledge of Kevin’s grave, ‘Greater love hath no man than this, that a man lays down his life for his friends.’”

Chocowinity native selected as ECU Physicians’ Nurse of the Year

A nurse specialist in pediatrics has been selected by her peers as the 2019 Nurse of the Year at ECU... read more