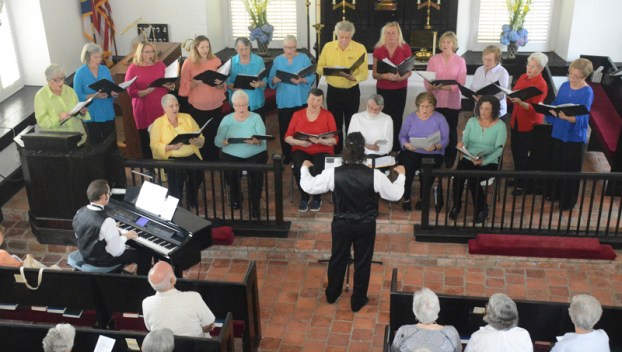 SPIRIT OF THE RIVER: The Beaufort County Choral Society, one of several arts organizations operating under the umbrella of Arts of the Pamlico, held its annual spring concerts Friday at Beaufort County Community College and Sunday at St. Thomas Episcopal Church in Bath. Their performances were well received by the audiences. Led by conductor Stephen Brand, the theme of this year’s concert was “Spirit of the River,” which included a wide range of songs, from the patriotic “Star Spangled Banner” and “America the Beautiful” to the upbeat “Proud Mary,” and more somber “Inscription of Hope,” a message of hope taken from the walls of a cellar in Cologne, Germany, where Jewish people were hiding from the Nazis during World War II.