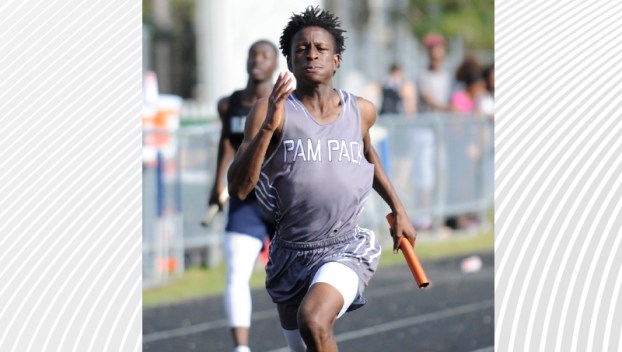 WASHINGTON — The Washington Pam Pack track team has been making noise for quite a while, and they capped off a great season by medaling at the state meet last weekend at North Carolina A&T’s track. 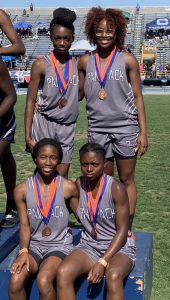 This Washington track team has become a force, as the boys own a record of 35-1 in the last two years, while the girls are 32-4.

The girl’s team won the 2-A Eastern Carolina conference meet that was held at Washington High School, and the boys took second. The girls 4×200-meter relay team took home gold at the conference and regional meet with a 1 minute 48 second clock time at conference, and 1:45.27 at regionals.

“This was my second year (going to state). I really enjoyed going, but last year I was kind of nervous. This year I was pumped because I thought we had a really good chance,” Ebron said. “We asked for really hard workouts from coach Blank and Owens to make us stronger and build us up so we could reach our goals.”

Neither the boys or girls track teams have practice on Fridays. Brown and the rest of her teammates made their coaches put them to work on multiple Fridays before their post-season meets. The players thought it was necessary and head track coach Perry Owens was encouraged by it.

“Our boys kind of matured and grew into our conference. It is full to the gills (with talent) in almost every sport,” Owens said. “The girls were the veteran group. A year ago they were a little young, lost some meets they shouldn’t have lost and then this year it has been night and day. They came to work. They’ve been self-lead, self-motivated, we put the workouts in place and they wanted to do it the right way.”

“It was really fun. We had a big send off. The whole school was in the parking lot and everybody was waving to us as we started our trip over,” Reid said. “Knowing that I lost to a senior — but the other guys that I beat were seniors — so I know I can come back next year and win it.”

Coach Owens was proud of his team’s efforts all season. They showed him they were prepared to work all season long, and Reid was a staple for that.

“(Reid) is consistent. If practice ends at five o’clock then Michael’s not leaving until 5:30,” Owens said. “He wants the extra attention, he wanted the extra work, he bought into the weight room, and bought into everything we’ve been trying to instill in our athletes here at Washington High School.”

The only graduating senior from this group is Redmond. So, there’s a high possibility Washington track will be in a similar position next season.