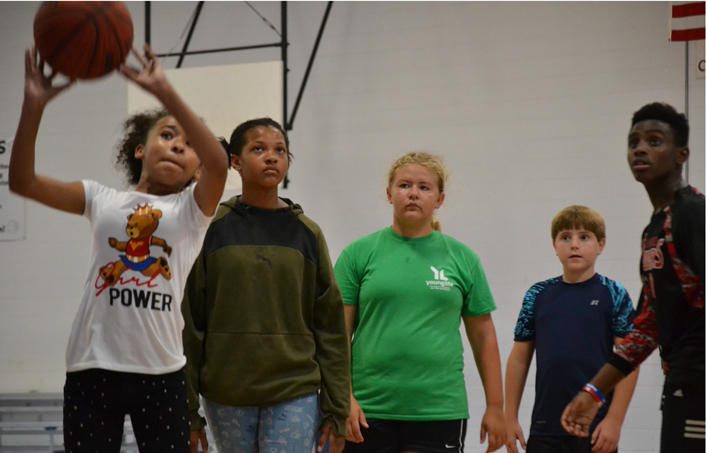 Kids are filling up the gym and are eager to put some shots up at the Bobby Andrews recreation center in Washington for the weeklong East Carolina University basketball camp that began on Monday morning.

Each morning of the week, boys and girls between the ages of 8-18 went to learn the fundamentals of basketball from current Farmville Central High School basketball coach, Larry Williford, fresh off of his team’s state championship season. Williford is a former director of basketball operations at East Carolina and came to Farmville in 2001. He continued the camp after he departed from ECU, along with his assistant coach, Justin Foskey. They have won two state championships since Williford’s arrival in the 2016 and 2019 seasons. They both headed up the camp, but Foskey directed for a couple days in Williford’s absence.

“Coach Will started this camp when he was at ECU,” Foskey said. “He just kept the camp running even after he left. I’ve been a part of it ever since I graduated from Farmville in 2005.”

“The main focus is having fun, learning the skills, understanding the hard work that it takes to be successful,” Foskey said. “We do more than just teach basketball, we try to teach them life skills, we have conversations with the kids about their goals and being successful. They come out here, enjoy it and learn a lot from it.”

Kids were divvied off into groups and sent to one of six baskets in the gym, participated in simple dribbling, passing and shooting drills along with mini-games.

One particular game called “Watermelon,” the kids seemed to enjoy the most. Each team had five to seven participants in a line and the first team to score five baskets would move onto face the next group across the gym, while the losing bunch would stay put at the same basket until they won.

“I’ve seen a lot of campers out here when I first started, then you see their little brothers and sisters come participate which means the older ones had to have enjoyed it,” Foskey explained. “We try to show them the proper shooting technique with some of these games, the mechanics of shooting, passing and dribbling. We teach them the same things we coach at the high school level.”

Williford and company will host one more ECU camp this summer, holding it at back at Farmville Central this coming July. 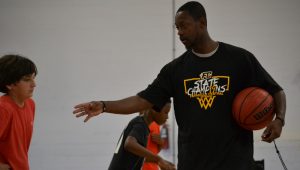 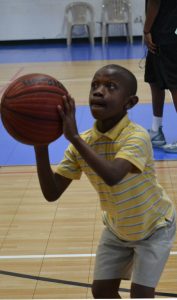 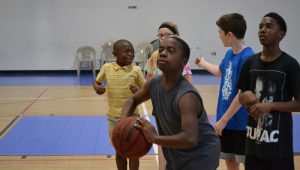 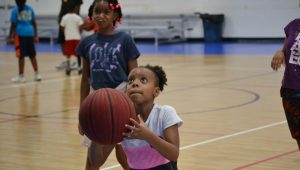 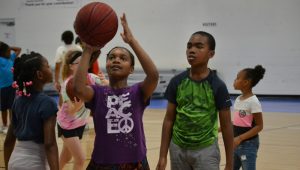 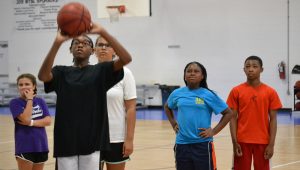 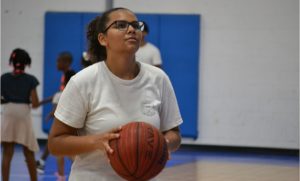 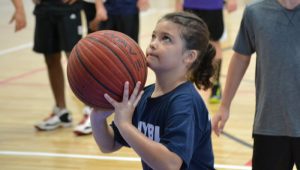