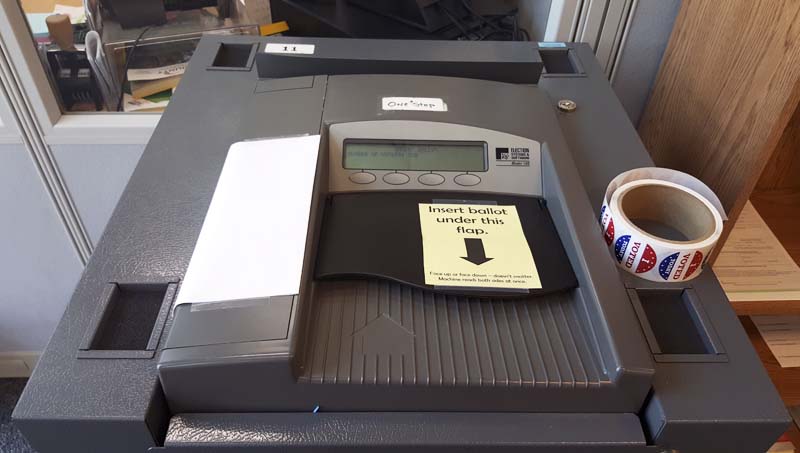 Beaufort County voters will be able to have all their on questions on North Carolina’s new voter ID requirements answered next Monday during a pair of seminars hosted by the Beaufort County Board of Election. The seminars will be held at 2 and 6 p.m. at the Board of Elections offices at 1308 Highland Drive, and both are free and open to the public.

When voter ID first came up in 2016, Beaufort County Board of Elections Director Kellie Hopkins says the biggest question among voters was what type of ID would be accepted.

“There’s only certain IDs we can take,” Hopkins said. “So that’s going to be in that class, and we’re going to have some printouts once they finalize that.”

Among the topics covered will be options for voting, acceptable forms of ID, provisional voting and how voters can obtain a free voter ID card from the North Carolina State Board of Elections.

As part of the legislation that went along with Voter ID, local boards of elections are required to host at least two seminars explaining the changes to the public before Sept. 1.

Acceptable forms of ID include:

In most cases, IDs cannot be expired for more than one year, with the exception of military ID cards and IDs for seniors older than 65.

In cases where voters cannot present an ID, they can present on a provisional ballot, which will be counted if the voter presents an acceptable photo ID before the last day of canvassing. In some cases, if a voter can demonstrate a reasonable impediment to having an ID, their vote will still be counted.

For more information on Voter ID or the seminars, call the Beaufort County Board of Elections at 252-946-2321, or email beaufort.boe@co.beaufort.nc.us.