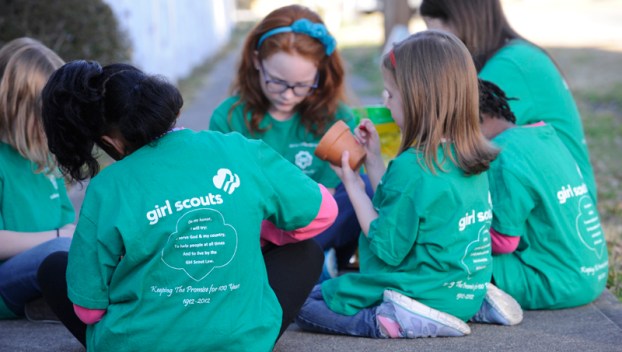 Local leaders are seeking girls who want to make the world a better place.

This weekend, Girl Scout troops are hosting their annual Fall Festival at First United Methodist Church in Washington. The event is part kickoff for the year’s activities, part recruitment of new Girl Scouts and a whole lot of fun, according to Kimberly Boyd, service unit manager for Beaufort/Martin County Girl Scouts.

A lineup of hay rides, games and activities for all ages is planned for Saturday, from 1 p.m. until 4 p.m., as well as tables set up with information about what Scouts do, the 42 new badges they are able to work toward and earn this year and information about the three highest awards in Girl Scouting: the Bronze, Silver and Gold awards.

Boyd said local scout leadership usually reaches out to the schools to let girls know about the scouting option, but this year they decided shake things up a bit.

“This year we decided to do something different to see if we could get more of the community involved,” Boyd said. “We’re hoping maybe to get the girls that aren’t able to get that information other ways, to recruit new girls and show them all the fun that girl scouts have.”

Fun — as in that had at the Fall Camporee held two weeks ago at Camp Hardee, during which 62 local girls explored the outdoors with activities such as archery and kayaking. Though fun at first glance, these activities also serve the Girl Scout motto of “Girl Scouting builds girls of courage, confidence and character, who make the world a better place.”

“Basically, (Girl Scouting) is pretty much what our motto is. I have seen girls come in quiet and shy, and they become more open and make suggestions about projects,” Boyd said. “They gain that confidence to stand up and try new things and be brave and do things that maybe they wouldn’t try other places.”

Girl Scout troops are scattered across Beaufort County, with one in Chocowinity, two in Bath, one in Belhaven and several in Washington. Boyd said local leadership is working on getting a troop up and running in Aurora.

All school-aged girls are welcome to the Fall Festival on Saturday. First United Methodist Church is located at 304 W. Second St., Washington.

Haunted carnival comes to Raised in a Barn Farm in October

Circus freak shows, killer clowns and terror under the big top — a haunted carnival is coming to Chocowinity in... read more