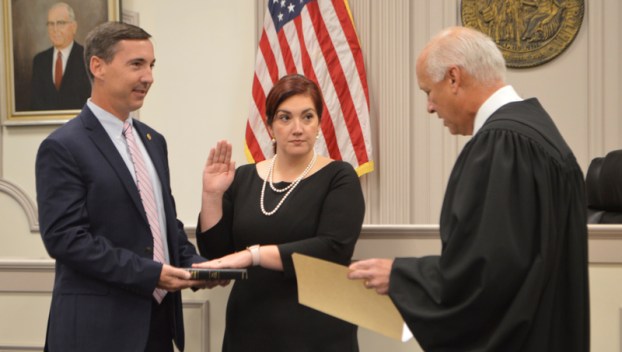 “You look for somebody that you believe is going to be fair and impartial,” Paramore said. “In that position, there’s always going to be criticism. A magistrate sets a bond and depending who you are (asking), the bond is too high or it’s too low. I don’t think it’s ever just right. It has to be somebody who is a strong person that’s going to do what they believe is right.”

Russell, who holds an active law license, previously practiced education law as legal council for a four-year university. When she saw that the court was accepting applications for the magistrate position, it was an opportunity for her to get back into the courtroom, albeit in a different role. As magistrate, she will be responsible for setting bonds, presiding over small claims court and ensuring due process is followed.

“Every stakeholder has their own responsibility to ensure that our justice system is operating as it should,” Russell said. “In my opinion, the magistrate’s job is to ensure that the U.S. and state constitutions are being upheld; we’re the front lines of a lot of these cases, so ensuring that the proper procedural and substantive due process are met.”

Paramore said, to his knowledge, this is the first time Beaufort County has had a magistrate with a law degree, a qualification that set her apart from the other applicants. She becomes the fourth on a team of four magistrates for Beaufort County, including Chief Magistrate Eric Holmes, David Curtis and Patricia Daniels.

“The judge selects the applicants he wants, and he is charged with that responsibility for the entire district,” Paramore explained. “Judge Regina Parker was here today, and as the chief district court judge, her responsibility is to supervise all of the magistrates.” 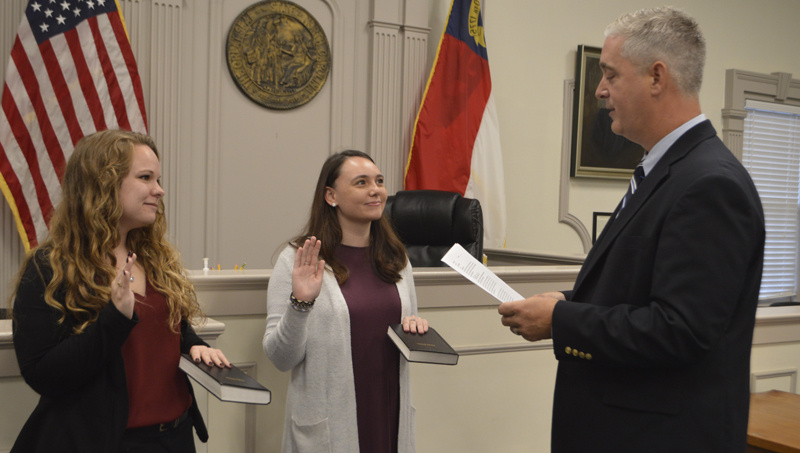 NEW DEPUTY CLERKS: Beaufort County Clerk of Court Marty Paramore administers the oath office for Jennifer Hancock and Sarah Murray, a pair of interns from East Carolina University’s Criminal Justice program who will serve as deputy clerks of court while two employees are out on maternity leave. (Matt Debnam/Daily News

In addition to Russell, two other new officials were sworn in Tuesday morning. Paramore administered an oath for two new deputy clerks, East Carolina University Criminal Justice interns Jennifer Hancock and Sarah Murray. Hancock and Murray will fill in while two permanent deputy clerks are out on maternity leave.

In their roles as interns, the two have already been able to experience the inner workings of the clerk’s office, meeting judges, attorneys and law enforcement officials. For both Hancock and Murray, the opportunity to serve as deputy clerks is an exciting prospect, one available to few interns.

“We’ve met a lot of really welcoming people, and we get to witness firsthand everything that goes on in the office, so we’ve taken on a huge role,” said Hancock. “… We’re really grateful for the opportunity. Most interns do not get to experience something like this for their undergraduate internship.”

“This is something I want to go into as a profession, so being able to have this opportunity is really great,” Murray added. “Meeting so many different characters within the criminal justice system and seeing how everything comes together in the courtroom is really cool and great to experience firsthand.”

Local leaders are seeking girls who want to make the world a better place. This weekend, Girl Scout troops are... read more