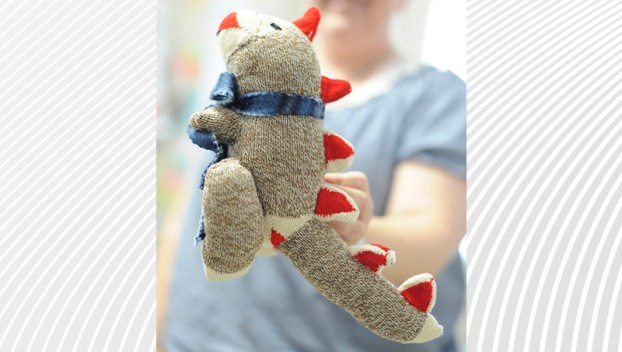 In June, three air conditioning units and a compressor were on the verge of failure at the Blind Center of North Carolina in Washington. It could have spelled disaster for the community center for the blind and visually impaired, but several generous donations saved the day, including a $2,000 check from a church in Pinetown — one of its members, a Blind Center client.

What the event pointed out was an existing need to refresh and renew the Blind Center’s services, client base and options for support from the community, according to Blind Center Director Christie Moler.

The need for new people isn’t relegated to new board members, though there are some of those. The need encompasses bringing more people to the center, ways to get them there, educating the public about the services offered and that the Blind Center isn’t just for those with no vision at all — it’s for anyone that’s visually impaired.

“The client base we serve right now is pretty small,” said board member Tina Jandrow. “There’s a lot of folks out there that could utilizes a lot of our services. Currently, we have the resources in place for senior citizens, but we are trying to tweak the program so we can reach younger folks.”

The services offered to younger, visually impaired people include classes on life skills, independent living and social programs. These are in addition to the sense of camaraderie and community and the craft building to be found among their peers.

“That’s the most important part of what we do, is the social part,” Moler said. “They consider themselves family.”

“The sense of community is pretty cool. Everyone was having a good time and engaged and happy,” said fundraising chairman Richard Smoot, about the first time he visited the center’s clients in action. “The room was really buzzing. It’s amazing, the sense of community built here.”

However, one of the roadblocks to accessing that community and center’s services is transportation. While a state grant administered by the Beaufort County Department of Social Services pays for Blind Center clients over the age of 60 to ride the Beaufort Area Transit System, or BATS, bus to the center, younger clients don’t have the same ride options.

In a bid to build a larger, more diverse community, the Blind Center board is looking for individuals or businesses to sponsor Blind Center clients’ BATS subscriptions: in Washington, where a single round-trip ticket would cost $12, which would add up to $48 a month for one trip a week to the center, a subscription for three trips a week for the month costs $50.

The Blind Center relies on donations — its only government funding is from the City of Washington, at $800 per year — but its board is also relying on creating new ways and an overhaul of existing ways to raise funds. Smoot is hosting a “Wine and Stinky Cheese” tasting at his bed and breakfast, Elmwood 1820, this week; there’s also a plan to revamp the Blind Center’s gift shop and offerings.

“We’re looking at least three additional tracks over the next year, and we’ll release those as they’re ready to roll,” Jandrow said.

For now, those who’d like to sponsor a client’s transportation to the Blind Center can call the center at 252-946-6208 or email director@theblindcenter.org. The Blind Center also has a “Wish List” of items needed for the clients’ crafts program. Current items on the list are spray paints in bright colors, especially teal, pale blues and pale pinks; sandpaper; craft paints of all colors; chalk paints (Waverly brand, if possible); wired ribbon, cabinet door handles; skeleton keys; two small Christmas trees to put by the front door (about 3-feet tall); and university-logoed ribbon for North Carolina universities.