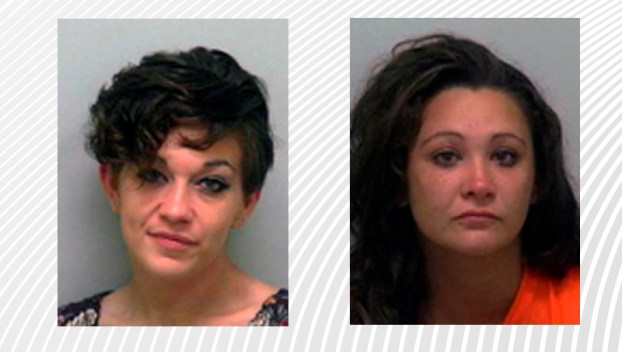 On Monday, the BCSO Drug Unit served arrest warrants on Priscilla Modlin, 30, of Broad Creek Road in Washington, charging her with two counts of possession with intent to sell methamphetamine. According to BCSO Drug Unit Lt. Russell Davenport, investigators made controlled purchases of the drug before making the arrest.

“We had been hearing about her, and we made two purchases from her and ended up serving the warrants on her,” Davenport said.

The drug unit had previously charged Modlin with possession of methamphetamine and possession of drug paraphernalia in January after finding drugs at her previous residence on Lizzard Slip Road. Following the most recent arrest, Modlin was held on a $10,000 bond in the Beaufort County Detention Center.

The second, unrelated, arrest came on Tuesday, when investigators conducted a traffic stop which led to an alert from a K-9 unit. After finding meth, a digital scale and a smoking pipe, investigators charged Deborah Lynn Elliott, 29, of South Asbury Church Road in Washington, with possession of methamphetamine and possession of drug paraphernalia. Davenport said his department had received information that Elliott was involved with meth use beforehand.

Elliott was held in the Beaufort County Detention Center on a $3,500 bond.

Countywide, Davenport says meth continues to be an issue for the department, with much of the supply coming in from outside sources, a reversal from a few years back when homegrown meth labs were prevalent in the area.

“They can buy it cheaper than making it, and it’s less risk buying it,” Davenport said. “Everybody that we’ve arrested for manufacturing crystal meth went to prison for manufacturing, so it’s an easier step to buy and resell it instead of making it.”

A Chocowinity man is facing multiple sex crime charges in Pitt County, each of which allegedly involved a child younger... read more