Smoke on the Water brings in $30,000 for local charities 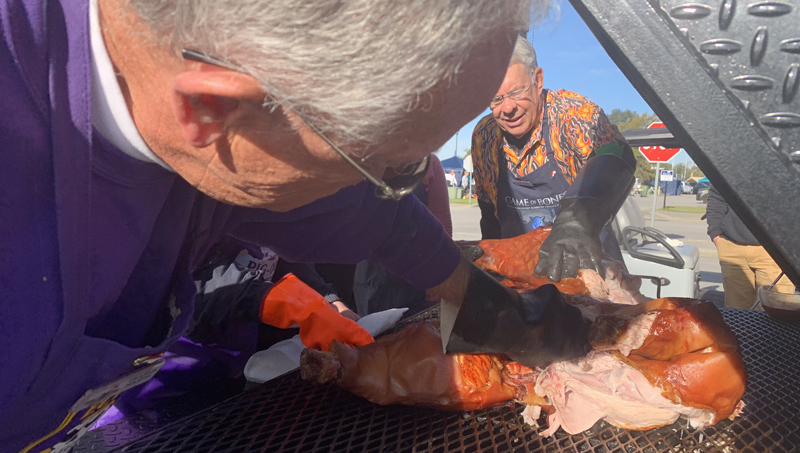 ART OF THE GRILL: North Carolina Pork Council Master Barbecue Judges Charlie Martin, foreground, and Brownie Futrell, background, check out the goods during the judging phase of Smoke on the Water. (Henry Capogna)

The smells of barbecue were thick on Stewart Parkway this past weekend, as the 22nd annual Smoke on the Water festival drew thousands of people to downtown Washington. In the process, the festival brought in more than $30,000 in business, all of which will be used to benefit local nonprofits.

In total, the festival consisted of more than two tons of pork, coming from 45 whole hogs, each averaging 125 pounds. Add to that 640 pints of coleslaw, gallons upon gallons of barbecue sauce and an assortment of chilies, and the event was a veritable smorgasbord of flavors.

Organized by the Washington (Noon) Rotary Club, proceeds from the festival stay within the community, benefiting local nonprofits ranging from Eagle’s Wings Food Pantry to the Little Washington Sailing School. Crossing the $30,000 mark, this year’s event exceeded the income of past years by a considerable margin. On average, the event has brought in around $20,000 each year for the past few years. 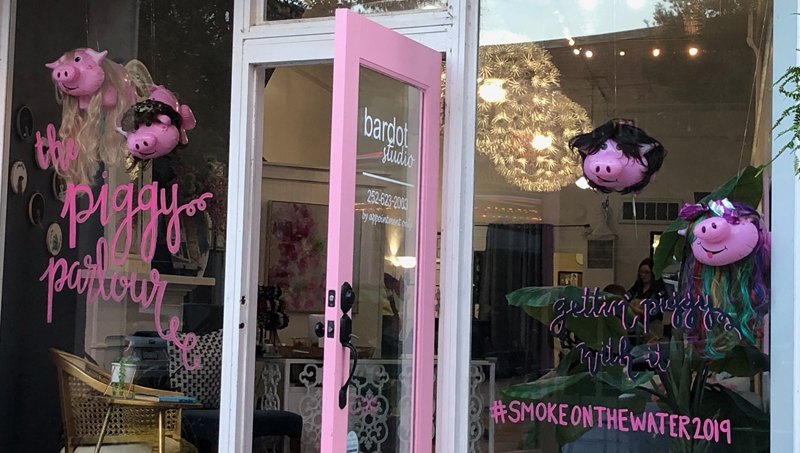 Bringing in some of the top pig cookers from across the state, the event was judged by a panel of North Carolina Pork Council Master Barbecue Judges. A group made up of art and media personalities judged the chili cook off.

For the top contestants, the winnings came in the form of cash prizes, larger-than-life trophies and bragging rights that will last at lease until next year’s completion. Winners of the 2019 Smoke on the Water contests included: 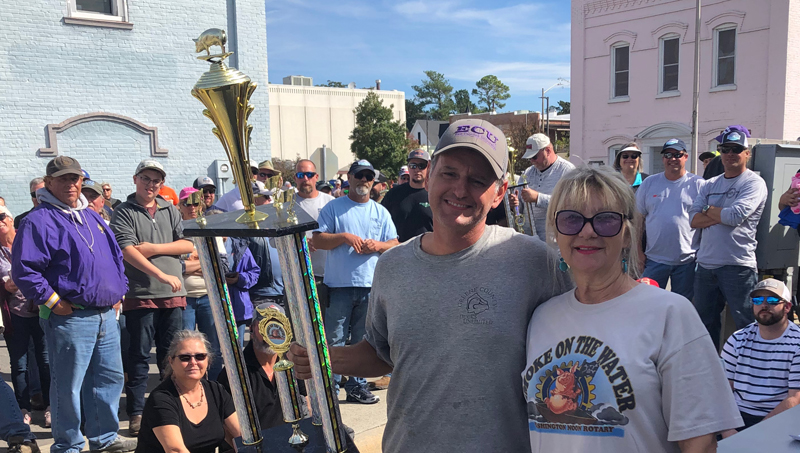 STATE CHAMPION: Ryan Murphy, of the Ring of Fire team, was the state championship winner for the traditional barbecue competition at this year’s Smoke on the Water. Murphy is pictured here with event organizer Pamela Anderson. (Pamela Anderson) 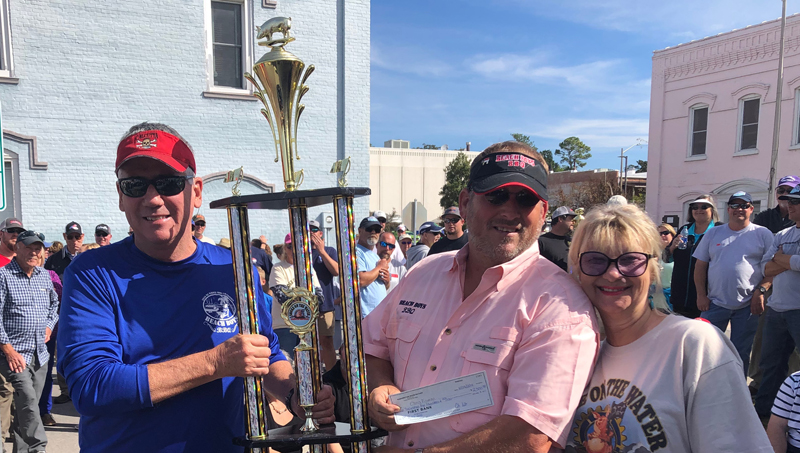 COOKING WITH GAS: Chris Fineran and the team of Beach Boys BBQ earned the big trophy in the gas cooking competition. The team is pictured here with event organizer Pamela Anderson. (Pamela Anderson) 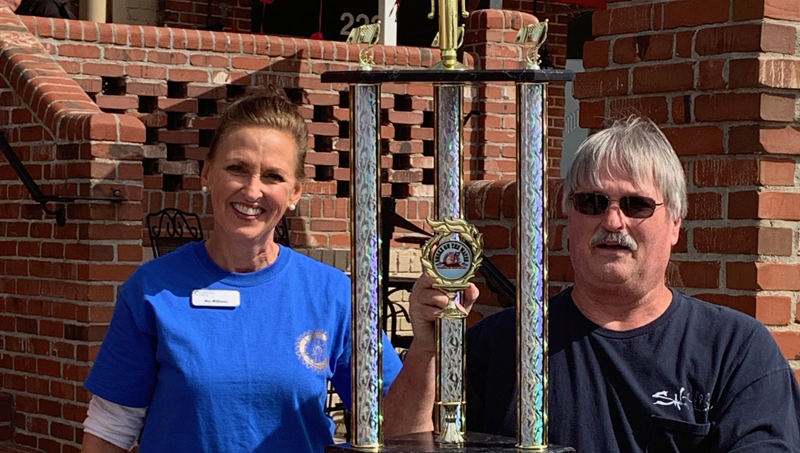 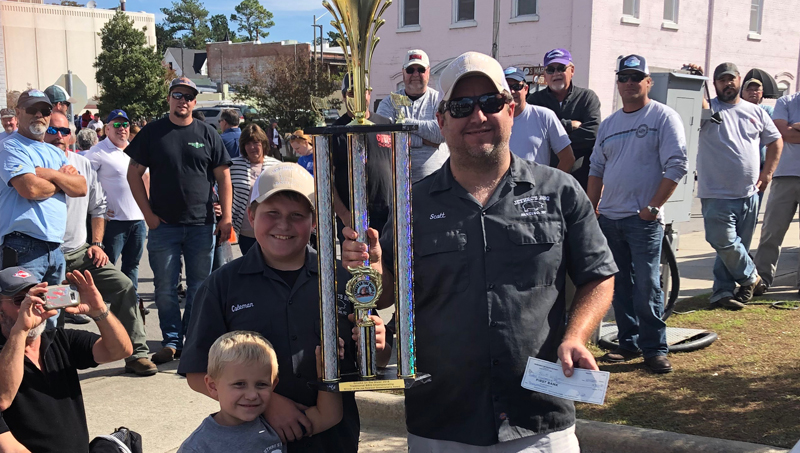 SHOWMANSHIP: Scott Williams, of Jethro’s BBQ, took home the award for showmanship at this year’s Smoke on the Water. (Pamela Anderson)

Next year’s event is scheduled for Oct. 16-17. Anyone interested participating in the 2020 Smoke on the Water contest can contact Pamela Anderson at pamsue.anderson@gmail.com.