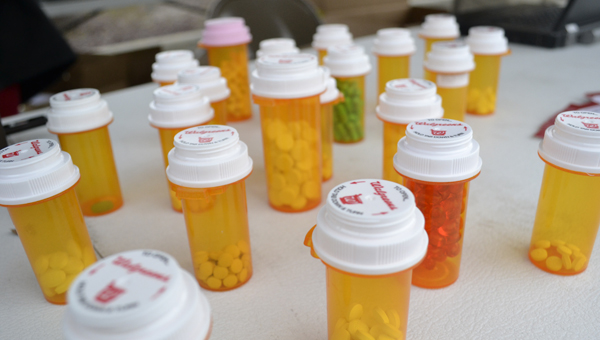 For many Americans, medication is a part of daily life. While prescription and over the counter drugs can be used to improve lives, they also carry dangers, including potential for abuse, criminal activity and damage to the environment from improper disposal.

It’s for these reasons that the Beaufort County Sheriff’s Office is hosting its biannual Operation Medicine Drop this Saturday. From 10 to 2 p.m. at the Lowes Home Improvement in Washington, the public is invited to dispose of their unused or expired medications, no questions asked.

According to both BCSO Drug Unit Lt. Russell Davenport and Sound Rivers Executive Director Heather Deck, the benefits of the event are twofold in terms of public safety and environmental health.

From the standpoint of law enforcement, prescription medication abuse continues to be a serious issue in the county, according to Davenport. In the case of opioid medications, Davenport says addiction may start with being prescribed the medicine for an injury, but can eventually lead to drug-seeking behavior.

“We also don’t want thefts of pills and somebody taking something they don’t need to be taking,” Davenport said. “Nobody is exempt from having a family member abusing prescription pills. That stuff laying around is very tempting for somebody who is an addict.”

For years, one of the most prevalent disposal methods for outdated or unused drugs was to flush them down the toilet. Because wastewater treatment plants are sometimes unable to remove those drugs from the water, they end up released back into local waterways. This in turn can affect drinking water, fish and wildlife populations and ultimately create problems for the entire ecosystem.

On the positive side, Deck says there has been a shift in public awareness when it comes to safe drug disposal. While there is still a way to go, she says that there have been great strides in the past decade to help address the issue.

In the past, the results of Operation Medicine Drop have been considerable. Last October, the BCSO collected 16.5 pounds of controlled substances, 70 pounds of prescription medication and 36 pounds of over the counter medicine. Davenport says there is no need to remove the labels from the bottles, as both the medicine and the containers are incinerated.

For those that miss the event this weekend, the BCSO maintains a permanent medicine drop box in the lobby of its offices at 210 N. Market St., Washington.

The wind on one’s face, the open road ahead and a motorbike underneath; the image of the freedom-seeking motorcycle enthusiast... read more