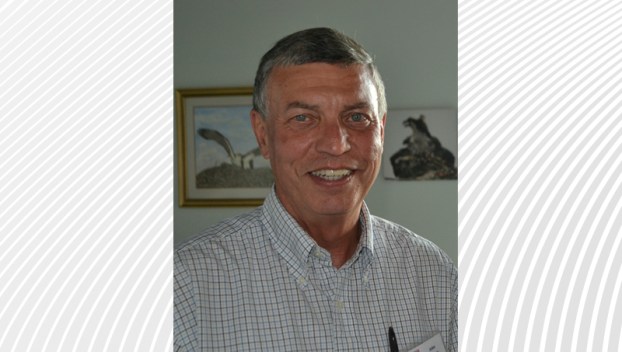 Rebholz will serve out the remainder of the Commissioner Gary Brinn’s term. The two-term Republican commissioner died Oct. 8, and by state law, his party has 30 days to elect a replacement. According to Beaufort County Republican Party President Bill Cook, there were three candidates nominated and Rebholz received the most votes from the executive committee.

“I just want to thank them for their faith in me, and I will try to do what’s absolutely best and do what’s right for the county,” Rebholz said Friday.

In 2001, Rebholz made his way south to Beaufort County from the Chicago suburbs, where he worked in sales, marketing and business consulting for Ford Motor Company for 31 years. Since, he’s been active in the community: serving as the president of Ruth’s House, the domestic violence shelter; on the board of Open Door Community Center, Beaufort County’s shelter for women and children; on the board for Beaufort County Community College Foundation and the Inner Banks Legal Services; as an elder at First Presbyterian Church in Washington, and as past-president of the Cypress Landing Home Owners Association. For the past 14 years, he has run his own independent consulting business. He and wife Shelly have three sons and six grandchildren.

Rebholz said he had considered running for public office in the past, but when Brinn’s seat became available he was urged to consider it again.

“I was recruited by people that I knew, that I respected, and they asked me to put my name forward,” Rebholz said.

Rebholz, a Cypress Landing resident, brings representation on the Board of Commissioners to the south side of the Pamlico River, which has not been the case since former Commissioner Ron Buzzeo opted not to run for re-election in 2018.

Rebholz said he will be making the sharing of information and communication a priority while in office, as well as putting focus on education and economic development.

“The two go hand-in-hand. You’ve got to have an educated workforce for the companies to come in,” he said. “You’ve got to start the dialogue for the needs to get you to where you really want to be.”

Rebholz will be serving out the remainder of Brinn’s term and has committed to running for the seat again in 2020. The Beaufort County Board of Commissioners will meet Tuesday at 3 p.m. in a special called meeting to swear in Rebholz. The meeting will be held at 136 W. Second St., Washington, and is open to the public.

Candlelight and purple luminarias lined the front stairway of the Beaufort County Courthouse on Thursday evening as a group gathered... read more